Gaming has always bore the brunt of parental and media criticism, with titles like those in the Grand Theft Auto series and many others being accused of polluting the minds and souls of our youth. Many activist groups will target games and condemns them for objectifying women and perpetuating negative stereotypes. They see games as turning women either into shameless sex objects or unintelligent and powerless NPC’s subservient to the male protagonists.

Unfortunately, in many cases this is true. In fighting games, 99% of all female fighters are scantily clad and trying to support a pair of watermelons with a tube top. In games like GTA, yes, you can kill prostitutes—but it isn’t an integral gameplay element and it’s done in the spirit of realism (and to increase sales). Games like those in the Leisure Suit Larry series portray all women as ‘bounties’ of sorts, the goal of the game being to ‘score’ as many times as possible. Princess Peach is a horrible stereotype in that she’s a damsel in distress in need of saving, and, at times, a dutiful housewife. (See Super Mario RPG where her most powerful weapon is a frying pan.)

I won’t mention the slew of Japanese adults-only games that often have sexual content and even violent sexual content because these games aren’t in the mainstream either here in the US or in Japan. They are released almost always exclusively online and only a small handful of people have heard of them. They are also never seen on consoles because no one would license it.

However, the groups who target gaming often overlook (through ignorance or choice) the positive images of females in games. Women who are both strong and independent, often reaching the ideal that so many feminists strive for. 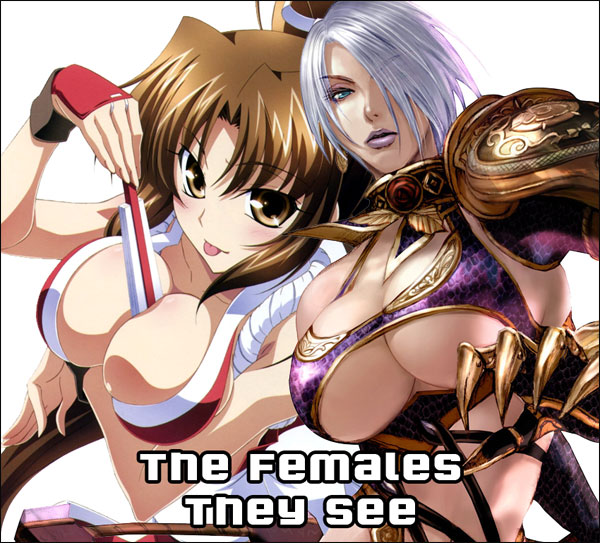 I can name dozens of female characters that are excellent role models to young girls and women: Terra, Celes, and Relm from Final Fantasy VI, for instance. Though Relm is a bit tomboyish, Terra and Celes are powerful and motivated characters who, despite their strength, maintain their femininity. There’s Marle from Chrono Trigger, who, in the game emancipates herself from her father, the King, to choose her own life instead of accepting the life that had been chosen for her. There’s also Schala from the same game, who defies her mother to save the protagonist. Farah from The Prince of Persia: Sands of Time must help correct the once-misogynistic Prince’s mistake in order to save his kingdom.

There are plenty of action-oriented females, as well, like Alyx Vance from the Half-Life 2 series, Jill Valentine from the Resident Evil series, Nariko from Heavenly Sword, and, of course, Samus Aran from the long-standing Metroid series. Each of these characters do things that men do and often they do them better.

Female characters like Governor Elaine Marley from the Monkey Island series are strong to the point of emasculating the males in the game, but not to the point of losing their allure and femininity. In fact, a female in a game with a domineering attitude is often MORE attractive because of it.

The Boss from Metal Gear Solid 3 was one of the best characters in the franchise. She was integral to the storyline and development of the main character, Solid Snake. Yet there are also characters like EVA from the same series and Lara Croft from the Tomb Raider series who, though being incredibly powerful and assertive, are still portrayed as sex objects. (Note the increase of Lara’s bust over the years.) 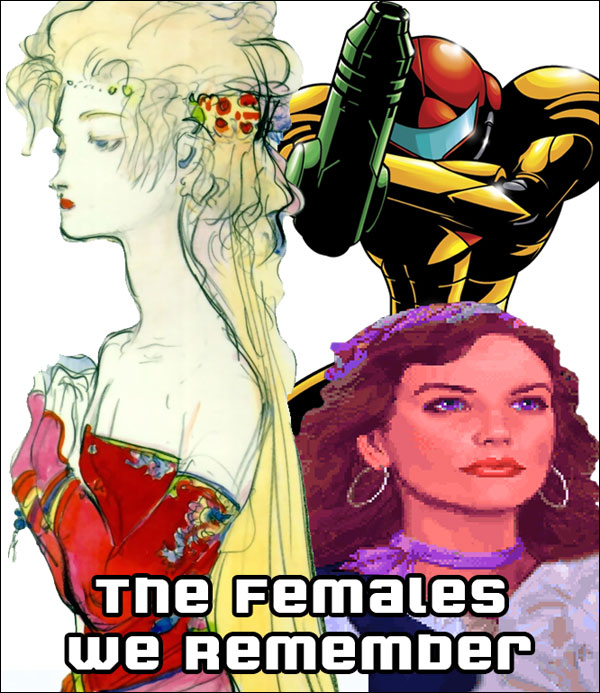 Females also assume the role of villains in many games, with such characters as The Queen from Chrono Trigger being responsible for the downfall of an entire civilization and being so ruthless that she would sacrifice her children for power. Nicole Horne from Max Payne systematically and cold-heartedly destroys the protagonist’s life before trying to destroy the man himself. While these villainesses aren’t exactly positive depictions of females, it does show that the ‘boss of the game’ need not be a man.

There are hundreds of other characters that I could mention, but you get the idea. In my opinion and based on my gaming experience, video games are an incredibly progressive medium that have hosted several female characters that activists should extol. However, these characters are often eclipsed by the negative images of females in gaming. Although personally I think that any complaints about the depiction of women in mainstream gaming are senseless and that the arguments of those who made the complaints are empty. There are plenty of positive female figures in gaming. You don’t need to look hard to find them.

The opinions expressed in this commentary are solely those of Eliot Hagen.