Flashing back to my young pre-teenage years in the glory days of 1990s, I first encountered the clay characters of Wallace and his trusty, sidekick dog, Gromit in the movie Wallace & Gromit: A Close Shave. After watching the first three movies, including A Grand Day Out and The Wrong Trousers, I fell out of the loop with the later movies including the most recent release Curse of the Were-Rabbit. I had forgotten how underrated the series was when I started to experience their latest adventures; not on the big screen, but in the word of gaming. I must admit, however, that due to its origins as a big-screen title and Academy-Award prestige, I was a little reluctant to play a game that was based on a cultural icon. Once I fired up the first game, my skepticism dissolved and I was immediately transported back in time to my childhood when I first saw the cheese-connoisseur, inventor and his intelligent dog who has a knack for cooking and engineering. 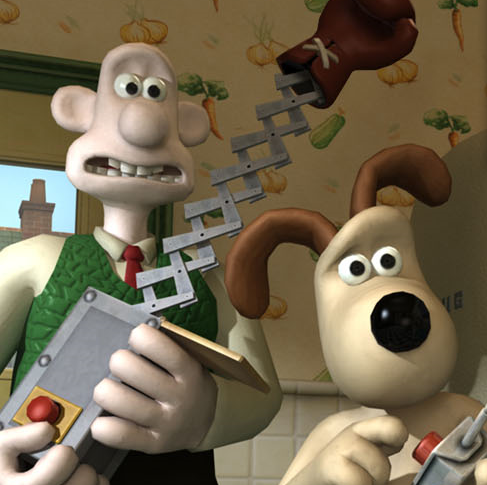 What Wallace & Gromit fans would notice immediately is that Wallace & Gromit’s Grand Adventures is structured just like the movies; Wallace concocts a new invention, which goes haywire. As a result, Gromit bails him out. Meanwhile, a larger problem arises in the neighborhood, which requires the duo to solve. The only difference, naturally, is you are playing the game and solving problems as opposed to watching the story unfold.

The first of the three episodes is Fright of the Bumblebees. In this episode, Wallace attempts to save his fledgling honey business through the growth of extra large flowers. When these giant flowers lead to an unintended consequence—giant bees—Gromit steps in to save the town from the angry swarm. 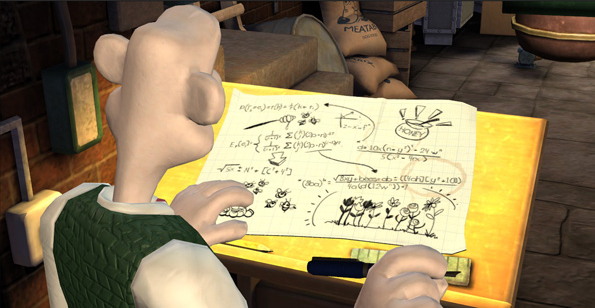 In the second episode, The Last Resort, torrential rains wash out Wallace and Gromit’s plans for a holiday at the beach. Wallace comes up with a plan to bring the beach to 62 West Wallaby street, their home, with a makeshift resort in their basement since it was already flooded. However, Wallace discovers that keeping customers satisfied is a tricky business, especially when one of them is KO’d by an unknown assailant. Reminiscent of Clue, gamers will be put to the task of solving the mysterious case by having to gather evidence and putting them together. 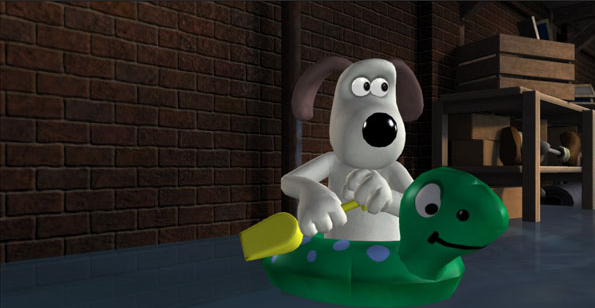 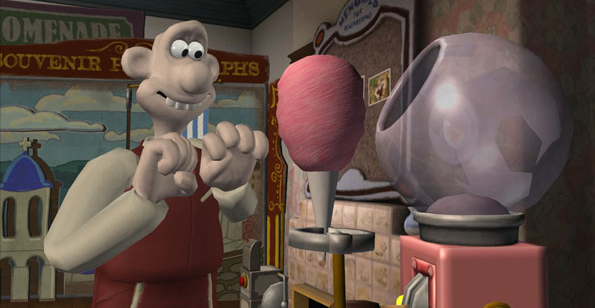 In the last of the trio, Muzzled!, Monty Muzzle, an entrepreneur and newcomer to town, is holding a grand fundraiser to rebuild the local dog shelter. Gromit soon realizes that Muzzle’s intentions aren’t exactly charitable and he must foil the con-man’s plot to save the town’s donations and rescue his canine friends. 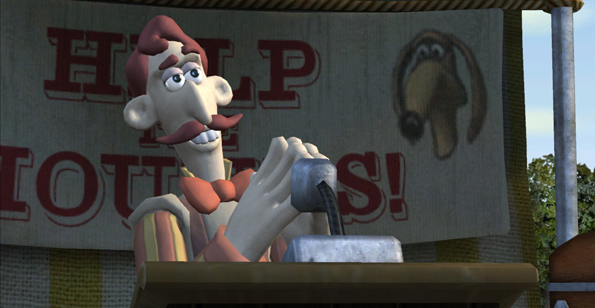 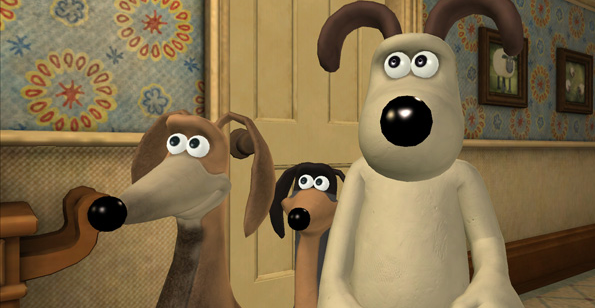 Even though Wallace & Gromit’s Grand Adventures is officially a series, the three episodes are all distinct in story. You don’t have to play one to fill in the gaps between the others. True to its nature, Wallace & Gromit allows for players to enjoy each episodic adventure as separate games in their own right.

When I first played the games, it automatically felt like I was watching the movies again. Telltale did a terrific job in recreating the spirit of the movies into the games. Wallace & Gromit fans will be impressed. The overall presentation of the games works well and on a positive note, the games are not too graphically intensive. For a downloadable game, the series provides visual satisfaction without requiring a beast-computer. The animation, most importantly the facial expressions and behavior, was spot on. Wallace’s trademark hand motions when he gets excited made me laugh because of how accurately it was portrayed in the game. If you have seen the movies, you will notice the subtle references to them such as the Preston’s Dog food can from A Close Shave seen in Muzzled!.

The gameplay is straightforward and simple. For non-hardcore gamers, it is easy to pick up and play. The in-game tutorial provides an easy learning experience with a little introduction to Wallace and Gromit and their little world. If you know the typical WASD movement controls and movement of the mouse, then you’re ready to play the game. The series has great potential to appeal to a general audience including young children, Wallace & Gromit fans, and hardcore gamers in the mood for a good laugh. 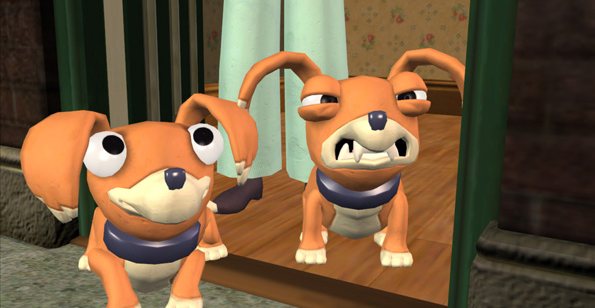 Common throughout the series are the various puzzles that you need to solve as a way to further advance game’s story. There are a few frustrating parts, which require you to really use your noggin. In some cases, simple trial-and-error with items that you collect around the game will do the trick. Sometimes the solutions of the puzzles are right under your nose, but require some tedious search and information-gathering.

Overall, each episode provides for decent amount gametime – on average maybe three hours depending on how long it takes you to figure out the puzzles. If you ever want to take a break from the game, it will automatically save where you left off. Despite the occasional frustration, Wallace & Gromit’s Grand Adventures is a fun mini series worthy of attention even if you only vaguely know of the movies. The developers at Telltale Games have indeed stepped up to the challenge of transferring a successful big screen title to the gaming platform. The combination of simple gameplay, with an element of small challenges and most importantly, maintaining the style and spirit of the movie, make this an appealing series to fans and casual gamers alike. Wallace & Gromit’s Grand Adventures has definitely stirred up a slew of happy childhood memories in my heart while playing as these unforgettable clay characters and being a part of their antics.