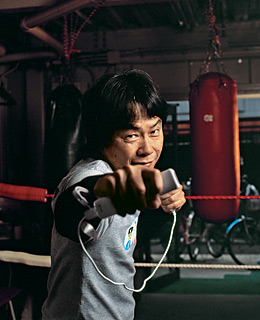 Regularly voted the best video game developer of all time, Shigeru Miyamoto is bullet-proof when it comes to criticism, and has the library of AAA releases to prove it. And despite the fact that his 58th birthday is approaching, the man behind Mario, Pikmin, and Wii Everything never sees himself retiring from the industry. In an interview with GamesTM, Miyamoto described what he believed to be his future in the business.

“Well, I am one of the company workers and the company has to retire me some time. So from that perspective, yes I may have to retire from Nintendo some day. But when I look around and see how aged cartoonists continue to work on their manga and how movie directors create new movies all the time, I understand that they would never retire.” Miyamoto mused,  “And by the same token, I guess I will still be making games somehow. The only question is whether the younger people will be willing to work with me at that far point in the future.”

2 thoughts on “Miyamoto Will Never Retire”