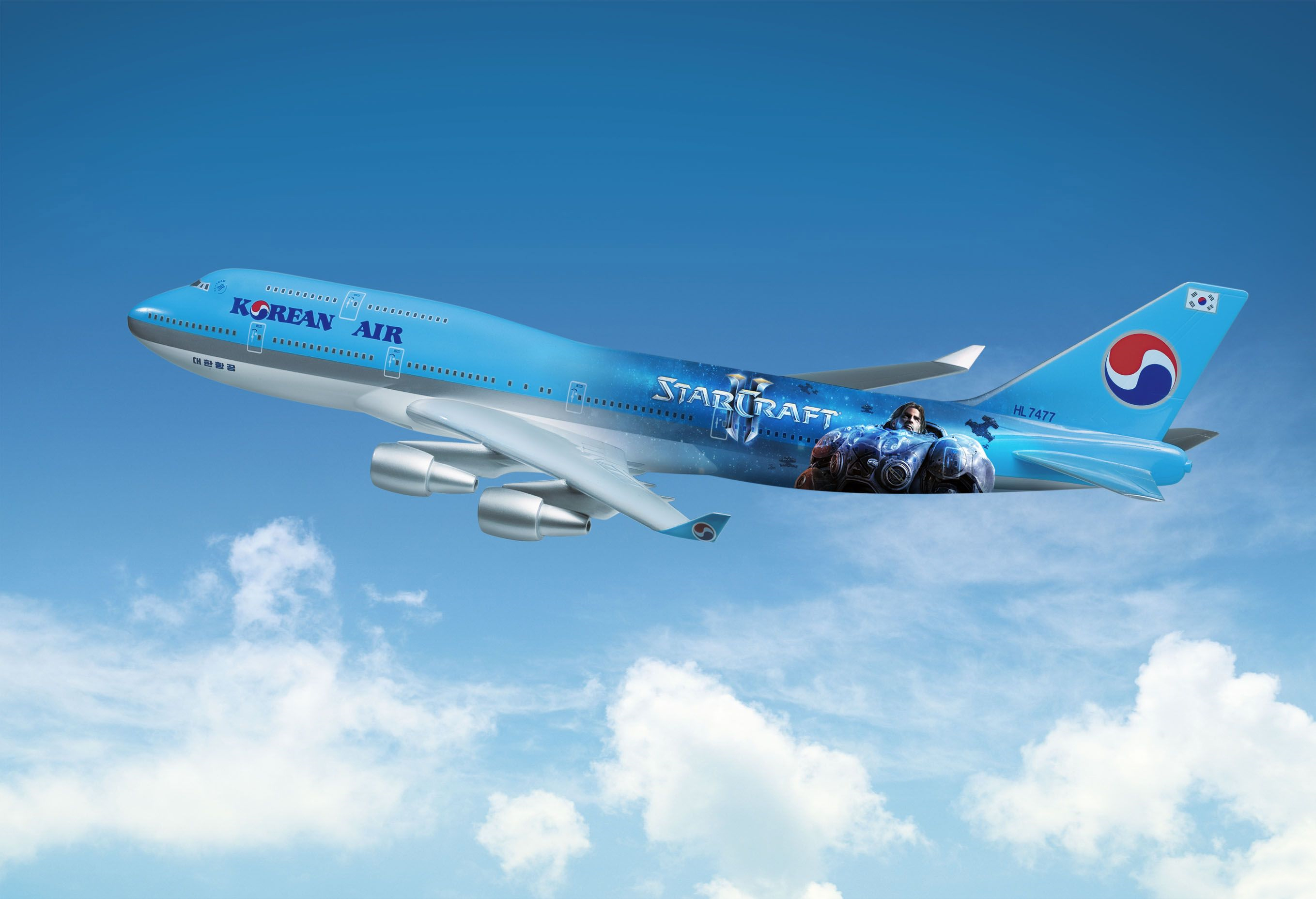 In preparation of the imminent July 27th release of StarCraft II: Wings of Liberty, Blizzard Entertainment and Korean Air have begun a co-marketing campaign, resulting in two of the airliner’s planes being branded with the image of Jim Raynor, the Terran hero from the upcoming RTS.  A B747-400 will begin flights today, and a B737-900 will follow suit in early July.  The planes will be traveling both domestic and international routes.  Korean Air has also wrapped four of their limousine buses with images of the game.

Paul Sams, chief operating officer of Blizzard Entertainment, said “We’re pleased to be partnering with Korean Air, Korea’s leading airline, on this campaign…As we approach the global launch of StarCraft II: Wings of Liberty, this promotion represents a unique, large-scale opportunity to introduce the characters and style of the StarCraft universe to gamers throughout the world.”

So, Elder-Geeks: keep an eye out for inbound flights from Korea!