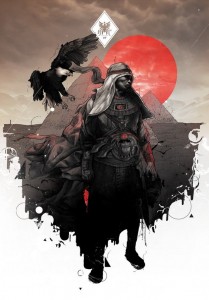 With E3 just around the corner, Ubisoft is teasing some major projects that are expecting to at least make appearances on the show floor. Starting off, the developer announced the founding of a new studio in Toronto, dubbed appropriately enough: Ubisoft Toronto. The new office will be headed by Jade Raymond (Assassin’s Creed) as General Manager, with Alex Parizeau (Producer, Splinter Cell: Conviction) acting as Production Head, Lesley Phord-Toy (Producer, A2M Studios) and Maxime Beland (Rainbow Six: Vegas) taking Creative Director duties.

The team expects the studio to reach up to 800 members within the next decade (having already received over 2,000 resumes), and has emphasized that it will be focusing on Triple-A products from the start. In addition to the next Splinter Cell title, Ubisoft Toronto has an unannounced property in development.

“All of the core team has relocated with me from Montreal,” said Jade Raymond, “Building our studio around both AAA brands and original IP has allowed us to attract an all-star team to Ubisoft Toronto.  We’re really happy to be able to tell the world that the Toronto studio’s first big franchise title is the next Splinter Cell game. Splinter Cell has become synonymous with innovative gameplay, great design, and one of the most beloved characters in games…Instead of starting a studio and working on small projects, Nintendo DS or portables, we’re starting out of the gate with triple-A only. The reason that I think that’s the right strategy is that it allows us to attract the best talent right off the bat.”

But the more immediate news coming out of Ubisoft these days is a possible teaser image for another title in the Assassin’s Creed franchise. The image features a lightly shadowed figure dressed in an Egyptian variant of the traditional assassin garb of the series, along with an eagle and an emblem bearing the letters “A” and “C” in the background. The character also has a bloody blade protruding from the same knuckled area as the hidden blade(s) of Ezio and Altair. The most dynamic aspect of the image by far, however is the pyramid jutting from behind the mysterious figure, alluding to the parkour abilities of the famous landmarks. The red sun also hints at the possibility of an Asian influence on the game’s design or story. Either way, the picture links to the studio’s twitter page, and Ubisoft has denied that the picture is any way related to the upcoming Assassin’s Creed: Brotherhood. The image could also be from an upcoming comic book series Ubisoft is planning to reveal at this year’s San Diego Comic Con.

What do you think the image means, E-Gs? Take your magnifying glass to it and get back to us at the comments section below!