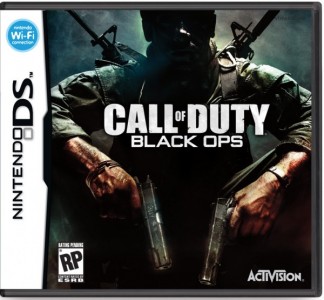 Call of Duty: Black Ops will be coming to the Nintendo DS day-and-day with its console big brothers (November 9th), recently announced Activision, developed by n-Space (Call of Duty: Modern Warefare Mobilized). The game will feature an optimized perk system spread across six multiplayer modes and a Co-Op campaign. The single player campaign will also have unlockable challenges for those wishing to replay certain chapters.

“Call of Duty: Black Ops for the Nintendo DS is going to take the handheld Call of Duty experience to a new level,” said Dan O’Leary, Head of n-Space. “From taking the controls of an attack helicopter to flying an experimental stealth fighter jet, players will have a wealth of new features to utilize.”