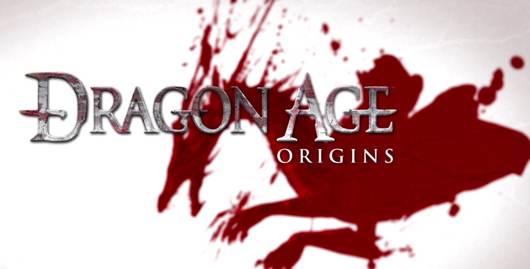 Those of you who chose to copulate with Morrigan to give birth to a hellchild in order to save yourself from dying at the hands of the Archdemon must be wondering what ever happened to Morrigan and your child after the battle. Her cryptic words “Never follow me” and subsequent disappearance made the lack of closure unbearable that Bioware decided to release their latest DLC for Dragon Age: Origins called Witch Hunt. Expecting questions to be finally answered, I was left with even more questions.

Almost a year passes after the death of the Archdemon when Grey Warden scouts report to the Warden commander (you) that Morrigan had returned to Ferelden and was spotted near Flemeth’s hut in the Korcari Wilds where you had first encountered her in Origins. When you and your trusty Mabari hound go to scope out the abandoned hut, you meet Ariane, a Dalish warrior sent to retrieve a book on locating ancient elvish portal mirrors called Eluvian stolen by Morrigan. The “quest” takes you back to the familiar Tower of the Circle where you go to find out more on the Eluvian and a way to locate them in the Tower library, where you enlist the help of the mage, Finn. What you find in the library would be the key to finding Morrigan. In a journey that lasts less than two hours, you finally find her. Very exciting….not really. 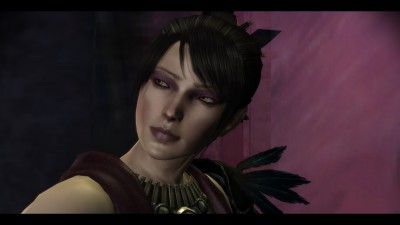 Your baby momma is back in town.

Gameplay is virtually the same as Origins. The smooth combat system is fulfilling as before, but the enemies encountered are nothing spectacular. Moreover, there isn’t that much combat to begin with. Even if you chose to create a new character, you are powerful enough to mow down enemies because your party members are pretty strong. New items are miniscule, especially compared to the Awakening expansion where you can import what you got. Your new party members seem to fall in the background with little depth to their personas. Even the potential to expand Ariane’s role in retrieving the Dalish book seems to become an after thought as you’re more focused on finding Morrigan. In short, your party members are just space fillers even though they’ll still have little conversations with each other while moving around.

Overall, depth and character development, features that have made Bioware games and their past DLCs worthwhile, have fallen short with Witch Hunt. What was supposed to answer all questions left at the end of Origins have just created more mystery as your interaction with Morrigan lasts barely five minutes. Furthermore, the 560 Bioware points ($7) makes this not worth purchasing. Combined with the lack of depth in character and story, the pitiful items you can get aren’t worth it either. Although Sandal (enchantment?) makes an appearance without his adoptive father Bodahn, the items sold are virtually the same. The world of Ferelden in Witch Hunt is not the expansive Ferelden that players would be used to as you only get to go to four places. Even the little ambush encounters from Origins are absent. Witch Hunt definitely feels rushed and uncharacteristic of Bioware’s reputation. If I were you, I’d wait for the Game of the Year edition with all of the DLC content ever released for Origins.

…that is, unless you MUST know what happened to Morrigan and the child.

Your baby momma is back in town.