No one is arguing that Nintendo’s Wii was a massively successful platform. And no on here is saying that there weren’t any good games for it either. But it is very safe to say that Nintendo alienated a large chunk of its core demographic to cater to a more casual crowd with the Wii. I’m certain that Nintendo would like to win back most of its lost lovers because in financial hard times, it is the hardcore crowd that continues to purchase games. And if sales figures for games like Halo III, Red Dead Redemption, and Uncharted 2 mean anything to the execs at Nintendo, they’ll want a piece of that pie once again.

There’s a dirty little rumor floating around the nets lately that Nintendo will announce their next console at this E3. And the rumor gets even dirtier by saying that the console is supposedly more powerful than the Xbox 360 and the PlayStation 3.

That doesn’t seem like a difficult feat to accomplish. After all, both are running on six-year-old technology at this point. But I don’t think simply having a faster system with better graphics is going to win back the hearts of the hardcore. In order for that to happen, Nintendo is going to have to make some big announcements about their next console.

Online gaming out of the box

Of the three current generation consoles, the Nintendo Wii has notoriously been the most difficult for people to network. The absence of a direct ethernet port has kept more serious players from playing competitively. And quite possibly the biggest complaint people had about the Wii was the use of the “friend code.” Nintendo will have to remedy all of those things.

We LIKE these cables because of the stable connection they give us. And we also prefer to be known by names... and not numbers.

Networking at home will need to be streamlined. Hardcore gamers want direct cable links. And most importantly, gamers want to use a screen name—not a string of digits—as their personal identifier.

There will always be a camp of gamers who swear that the Wii Motion Controller is the ideal way to play first-person shooters, and then they point to the Metroid Prime series as an example. I’m certain most of the hardcore crowd respectfully disagrees. Take a look at Killzone 3. Granted, some Killzone 3 players will compete online using the Move controllers, but it is safe to say that 99% of the higher ranking, and more competitively playing gamers will always use a Dualshock 3 instead. When it comes to online shooters, mouse and keyboard will always be gamers’ first choice. Console controllers will come second. Motion controls will continue to  be their last choice for a little while. 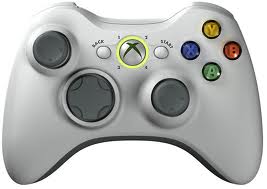 Current hardcore gamers much prefer this type of control for their non-casual gaming.

Nintendo needs to package at least one controller for their non-waggle-centric games with their new console. If they learn their lesson from Sony’s mistake, they’ll also include a headset to go along with it.

A launch line-up that isn’t just Mario and Zelda

Again, I’m not complaining about the quality of Mario and Zelda games. But there was a time when Nintendo innovated with their game design along with their console design. Gamers are looking for a new hero or heroine to control on a brand new type of adventure. If there is a company that can do it, I’m certain that Nintendo is the one to lead that pack like they have so many times in the past. They simply need to break out of their habit of creating the “same old Mario game” and the “same old Zelda game.”

There is a Nintendo-esque quality about Ueda's work that the exec's at Nintendo should be looking into.

Personally, I feel Fumito Ueda’s work would fit very nicely on a Nintendo console. Nintendo just needs to take a chance and try something experimental like he has. And just a heads up, Nintendo…. the “same old Star Fox” game isn’t going to cut it, either.

Backwards compatibility with all Wii titles… and pre-purchased WiiWare games

There will be a lot of angry gamers out there if they can’t play their copy of Super Metroid that they purchased for the Wii on Nintendo’s next system. This same rule goes double for people when they upgrade their PS3s and Xbox 360s to whatever Sony and Microsoft have up their sleeves next.

If Nintendo truly plans on going HD (1080p, not just 720p), they’re going to need to be able to create a full HD home entertainment system out of their console. That means two things. First, it’s going to need media big enough to house large files on the fewest discs possible. Currently, Blu-Ray is the cheapest and most viable option. Second, it’s going to need to have an on-board hard drive large enough to house video and audio files. In an ideal world, they won’t start smaller than a 1TB hard drive. In reality, they’ll probably start with 250GB or 500GB drive

It is inevitable. It is your destiny.

In my dreams, it’d also be an out of the box internet television service like Google TV and it would use head tracking 3D technology, but I think it’s safe to say I shouldn’t hold my breathe.

Even if Nintendo makes all these changes, it might be an uphill battle for them to regain most of the crowd they lost.