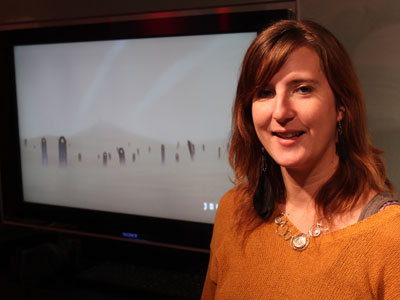 Kellee Santiago, who co-founded Flower-dev thatgamecompany with Jenova Chen after first collaborating with him while studying at USC in 2006, has left the game studio for undisclosed pastures. The reasoning given by Santiago was that she felt she had “done everything [she] needed to do there, and that [Jenova’s] in a great place now to go on and continue with some of the other people at Thatgamecompany to take that to a whole new height.”

“While we want to continue the path of Thatgamecompany, Kellee has found a new direction in her career.” read an official statement from thatgamecompany, “Though our path in the future may be different, as TGC begins our next project, we wish Kellee a good journey and that our paths may cross again.”

Santiago, once an operating President of thatgamecompany (and current TED fellow), is leaving the studio after its biggest success. It was revealed earlier today that the company’s March 15th release, the meditative Journey – is the fastest selling game in the history of both the American and European Playstation Store. No official numbers were disclosed to verify the required milestone, but Jenova Chen released a statement saying, “We have received more letters from fans in the two weeks since Journey‘s launch than we did for Flower [the company’s second game for PS3] over the past three years.”