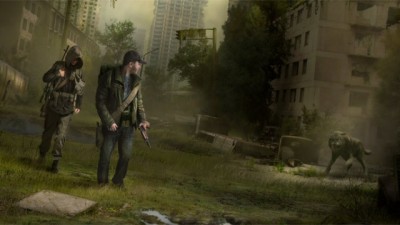 GSC Game World announced earlier today that production on their sequel to the atmospheric shooter S.T.A.L.K.E.R.: Shadow of Chernobyl has stalled, taking the studio with it. After failing to obtain the rights to the franchise, a new studio was founded and a new IP began production. Vostok Games is now hard at work on a free-to-play MMOFPS by the name of Survarium, the “next evolution step for the idea of S.T.A.L.K.E.R. we’ve been working on for the last ten years” according to Project Lead Ruslan Didenko.

“The game focuses on a mass-scale ecological catastrophe on Earth, the reasons behind vaguely known,” writes Vostok Games, “Impassable woods advance onto cities from every side, maddened animals and birds attack industrial complexes, military structures, warehouses and power plants. Towns are cut off from each other, there are no water supplies, no electricity, gas, communication is lost. Countries collapse, anarchy spreads throughout the world. Now force dictates who to survive.”

Survarium is currently planned for a Q4 2013 release exclusively on the PC.