After finishing up my review of Drox Operative, I immediately loaded up its expansion, Invasion of the Ancients, to see what was new in the galaxy. Soldak Entertainment added quite a few new elements to spice up your Drox experience, but is it worth the extra cash? 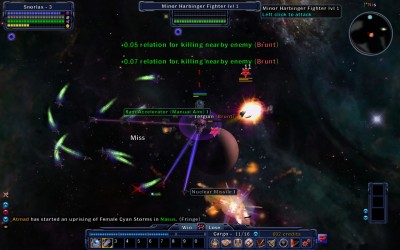 Things can get hectic when there are a ton of different races at each other’s throats.

Your objective in Invasion of the Ancients doesn’t change from Drox Operative. You are still tasked with taking over various sectors in space by any means necessary. Instead of adding a new story or quest line Soldak adds a number of additions to spice up your time in space. Some of these additions include a new race to play as, ancient civilizations that want nothing more than to destroy you, and even quests from the higher ups in the Drox Guild. Instead of listing off all of the same things that were in my Drox Operative review, I am going to highlight the new points. If you’re interested in the main game you can check out my review here.

What would an invasion of the ancients be without invading ancients?  A long time ago, the Drox Operatives chased these old races out of known space and now they are back for revenge. At any point during the game they can invade a portion of space and take it over quite easily. They don’t play nice, either. Their ships are fast and strong, and you will find that out real quick when you come across one. I encountered one ancient race during my playthrough, and I had to steer clear until I was better equipped to deal with them. They can really throw a wrench in your plans, but they are a fun addition that keeps you on your toes during the expansion. 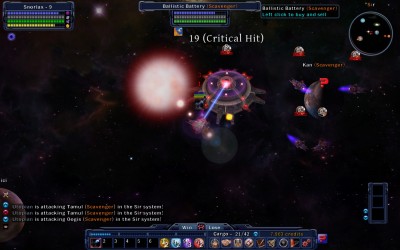 Speaking of new races, a playable one has been added. The Scavenger focuses on offense and defense and also comes with a new item that repairs your ship as you destroy others. They will also appear in the game alongside all of the other races. The addition of these new races makes dealing with them as a whole much more fun and interesting because it just gives everyone more opportunities to hate each other, which means lots of break treaty and war propositions.

In addition to having new items, you can also add chips to some items to make them more powerful. These upgrades can range from a damage boost to higher defense, but most of these upgrades didn’t seem to make a huge difference.

Space stations also make their debut in this expansion, and they are a nice addition. Some spawn small fighters, while others continually fire missiles, but one thing is certain: they’re awesome when they’re on your side and not so awesome when you’re fighting them. 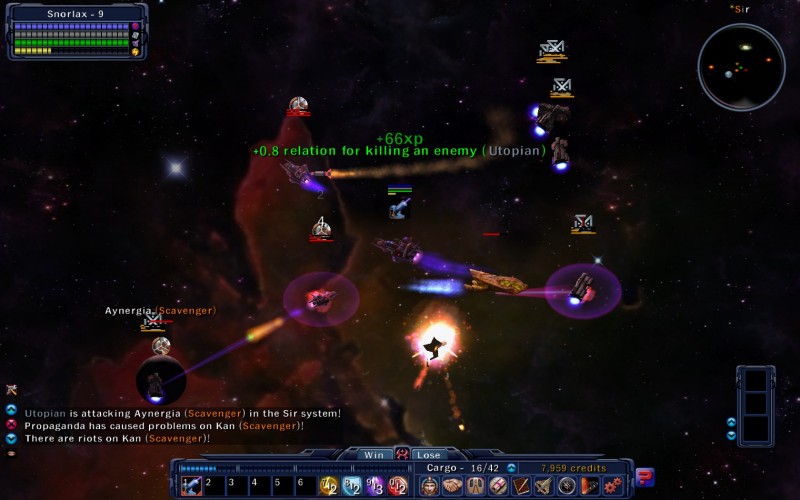 The last major addition Invasion of the Ancients brings to the table is the inclusion of quests straight from the Drox Guild. They are mandatory, timed, and if the time runs out you automatically lose the sector. In my experience these quests were extremely difficult, if not impossible, and didn’t have any payoff. For example, I had spent hours allying with the humans and bringing them just short of taking over the sector when the Drox Guild comes out of nowhere and tells me I have to destroy the humans in an hour or I lose. I tried my hardest by allying with the only other race, but I didn’t even come close. Thankfully at the beginning of the game you can choose the Guild’s level of involvement so you won’t get those quests.

Invasion of the Ancients is tricky to score. The expansion adds some fun new elements like the new races and a few new quests and items, but a couple of the additions fall a little flat. You might not even notice some of the additions until you’ve played for hours. If you’re really into Drox Operative and want more I would recommend it, but if you have played it to death and are hoping that the expansion will revitalize the game I would suggest trying the demo first. You can find that demo and other information about Drox Operative and Invasion of the Ancients on Soldak’s website.