I’m of the opinion that the Monkey Island series is one of the greatest in the history of video games. When everyone else had Windows 95, I was kickin’ it 3.1 style and booting in MS-DOS. Beside my computer sat a stack of floppies, the majority of which were LucasArts graphic adventures, my favorites being The Secret of Monkey Island and Monkey Island 2: LeChuck’s Revenge. As a result, my expectations for the newest Tales of Monkey Island were astronomically high. However, Telltale Games met and exceeded them all. In fact, the only way Launch of the Screaming Narwhal could have been improved would be some Steve Purcell artwork. Oh wait—I’m getting that once the season is over.

Booting up Screaming Narwhal is like entering a time portal. Michael Land’s familiar music begins and I am awash in a sea of nostalgia and giddy joy. I play through the game in an almost permanent state of euphoria, laughing out loud on many occasions and enjoying every inside joke. The puzzles have the Monkey Island charm with that one riddle whose answer makes no sense, the supporting characters are few and far between but serve their purpose, and the art style and graphics leave nothing to be desired.

The writing is top notch with Mike Stemmle filling the shoes of Gilbert, Schafer, and Grossman as well as anyone ever could. Grossman himself lead the design of the game and many other LucasArts alums at Telltale made their contributions. The story is a bit light when examined as a single episode, but keep in mind that there are four more to come. But the most important thing, the wit, remains intact. 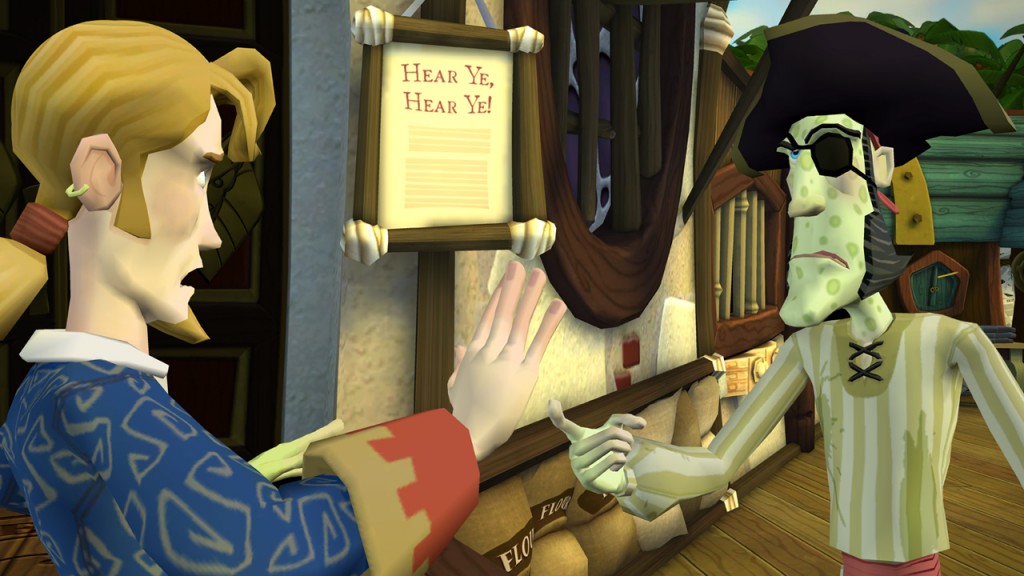 Dominic Armato returns as the voice of Guybrush Threepwood, giving his standard peerless performance alongside Alexandra Boyd as his Plunder Bunny, Elaine Marley, and Earl Boen as his Arch Nemesis, LeChuck. The Voodoo Lady also makes her requisite and welcome appearance, guiding the hapless Guybrush in his hour of need. With any luck, we’ll see Stan, Murray, and Wally before the season ends. (Although Stan is referenced in this episode.)

The puzzles are cleverly designed and gamers with experience in the genre will have no trouble beating the game in about three to four hours. There’s the occasional moment where you might get stumped and there’s the ubiquitous problem of over-thinking, but you won’t find any puzzles that seem random. There are a few objects whose purpose is unclear, leading me to believe that Guybrush will return to Flotsam Island before the Tales end, but you might end up trying to do something that you can’t do in this episode. The designers made use of this and turned it into a funny line so all is forgiven.

If the game is lacking in any department, it’s the ancillary characters. For every excellent character like the Marquis de Singe with his brilliant name and quirky personality, there’s another character that’s just…there. However, it does little to hinder ones’ enjoyment of this game.

The best thing about Launch of the Screaming Narwhal is the fact that its target audience seems to be the same people who enjoyed the adventures of Guybrush Threepwood back in the 90’s. They didn’t abandon their original fan base to pursue a younger demographic. They chose to aim for the comparatively shallow pockets of the man-children rather than those of the hausfraus for whom a video game is an instant remedy for bad parenting. 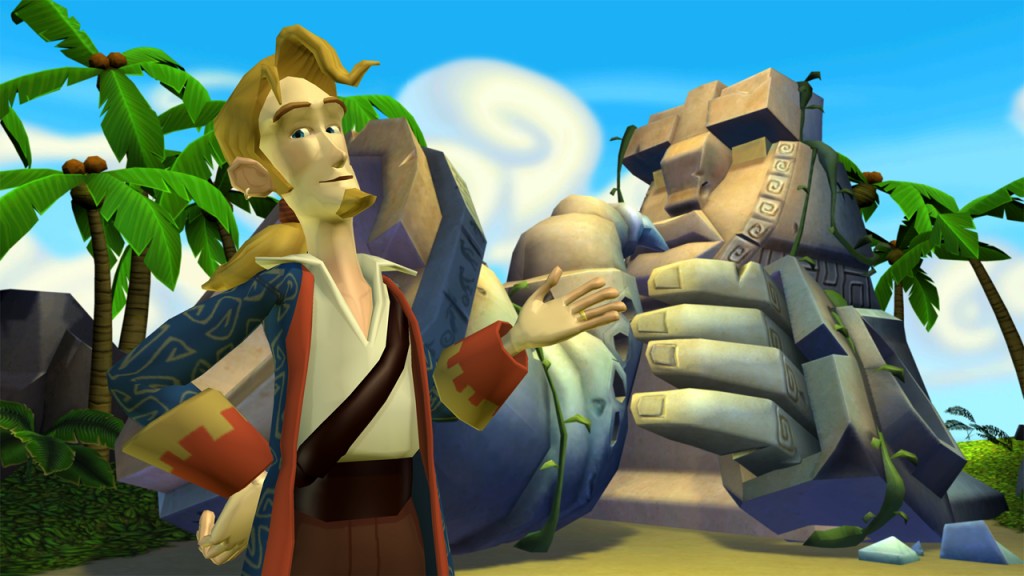 With references to everything from French sexual deviants to secret news sources of the 1970’s (well, not so secret anymore), this game is *perfect* for Elder-Geeks. It delivers on every single promise and leaves you wanting more like a pack of ravenous piranha poodles. So do yourself a favor—buy this game. It’s as invaluable as a rubber chicken with a pulley in the middle.

3 thoughts on “Tales of Monkey Island Episode 1: Launch of the Screaming Narwhal”