Ingredients for Trine: Start with a bit of Bionic Commando and the original Prince of Persia. Then add some Diablo flavoring and two cups of Portal. Play for a full weekend and enjoy! 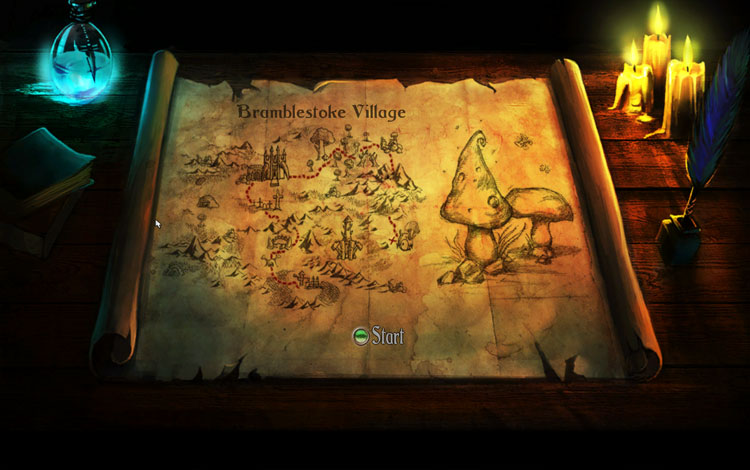 Trine is the newest release from Frozenbyte, Inc., downloadable for PC and the PS3. Trine is a side-scrolling, physics-based, puzzle/action/platforming game that lets you creatively overcome hazardous obstacles and defeat armies of the undead through the use of three character’s individual skills. The player takes control of the wizard, the thief and the knight who have had their souls bound by the mysterious treasure: the Trine. The three must journey to stop the leader of the undead and free their souls from the binding that the Trine had induced.

The game is perfectly balanced in every way. Players can pick up the controller or the keyboard and they’ll instinctively know what to do. There are plenty of save points so players can start or stop the game at any time without fear of losing progress. The 2D platforming is impeccable. Only Mario has better jumping controls. The level of action is just enough to be satisfying and not too much to become a hindrance when playing. The puzzles are challenging, but not to the point of overly frustrating the player. The controls scheme is perfect. Whether you’re using a controller or the keyboard, the characters do exactly as they’re told, when they’re told. The voice acting is well done. And to top it off, the game is beautiful. It’s so gorgeous, in fact, that I’m now using a screenshot as my desktop background on my Elder-Geek.com computer. I truly cannot give enough compliments to Trine. If you’re a fan of single-player games, don’t miss it. It is a perfect summer weekend videogame.

At any given time, there is one character on screen. The player selects through them instantly by present the 1 key for the wizard, the 2 key for the thief and the 3 key for the knight. Each character has his or her own skills to help overcome every obstacle in the game. 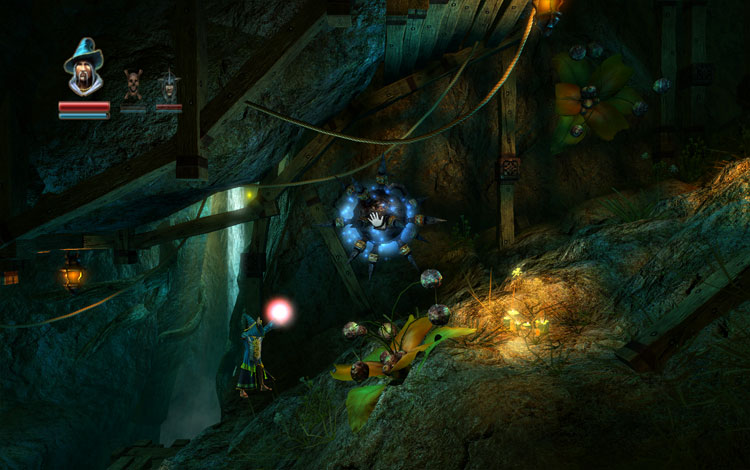 The wizard is the weakest of the three characters. He has no attack powers of his own. However, he can levitate objects and he can also conjure boxes and straight planks at will. He has a very low defence rating and can’t take many hits before dying. He can defend himself by dropping heavy objects like rocks on his enemies or manipulating the environment to his advantage and his enemy’s disadvantage. The wizard is the player’s key puzzle-solving character. 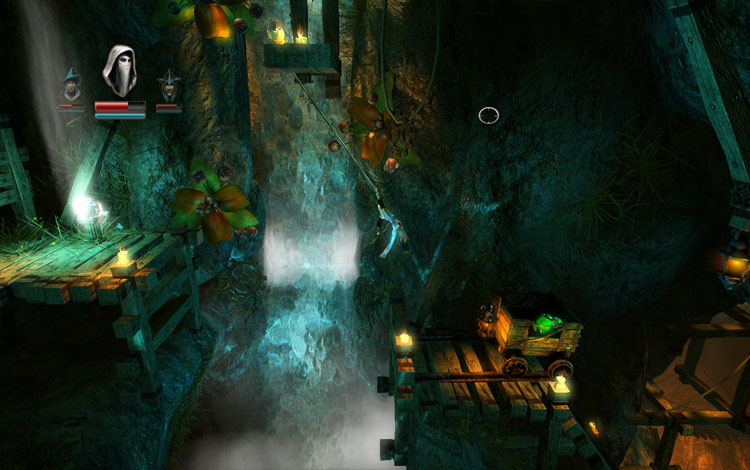 The thief is quick and agile. She can fire a bow with unlimited arrows. The thief also has very little defence, but she makes up for it in maneuverability. The thief has the unique ability to sink her grappling hook into wooden objects and swing herself away from danger. With her grappling hook and light weight, the thief is the player’s best platforming character. 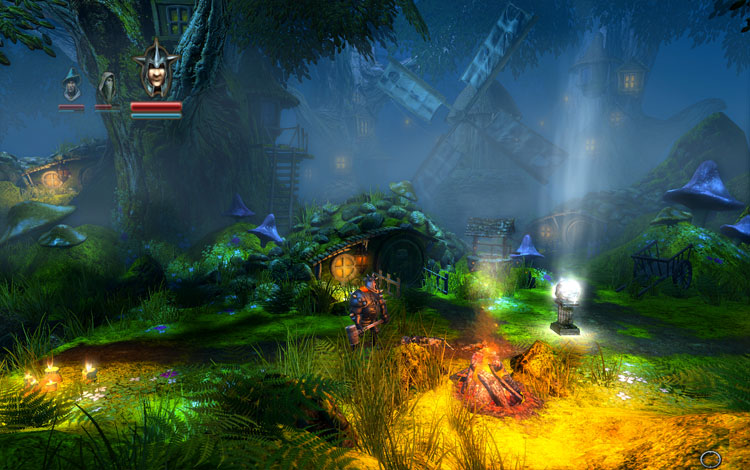 The knight is heavy and strong. He’s equipped with a sword, a hammer and a shield making him the player’s essential fighter when the armies of the undead come crawling in. His shield is directionally responsive and it is based on which direction the player has the mouse pointed so he can defend against skeletons who are fighting toe to toe with him or he can use it to cover his head when an avalanche of rocks fall.

Aside from the stereotypical role-playing archetypes, there are some other RPG elements to the game. Defeating enemies and collecting experience vials allow the player to level up the three characters and improve their attack ratings or magic abilities. You can also collect armor and trinkets to artificially boost your statistics and organize them all through a Diablo-like menu screen. 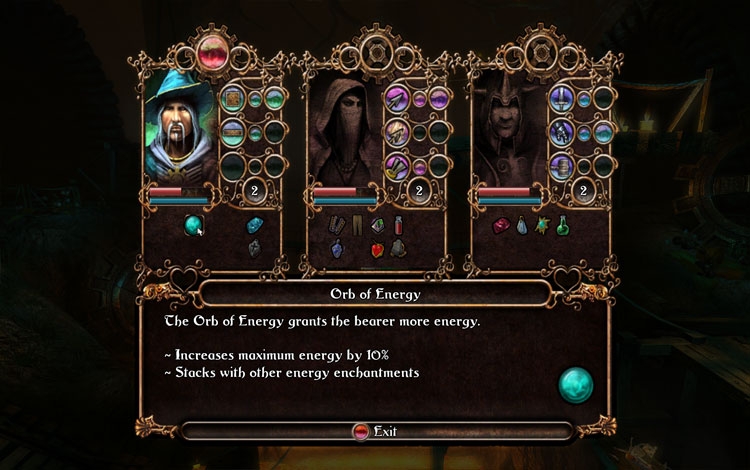 If there is one complaint I have about the game it’s the price point. For a downloadable game, $30 is a little hefty. Luckily there is a demo available so if you’re uncertain about the game, it gives a great feel for what to expect. For a downloadable game, it’s fairly long but it might not be long enough to warrant full price if you’re skeptical and on the edge about it. According to the developers, the PS3 version will be cheaper once it’s out at the end of this month.

I can ask little else for this indie title. The ONLY thing I want more from Trine is a development kit so I can create and share my own levels. But maybe they’ll give us that for Christmas.