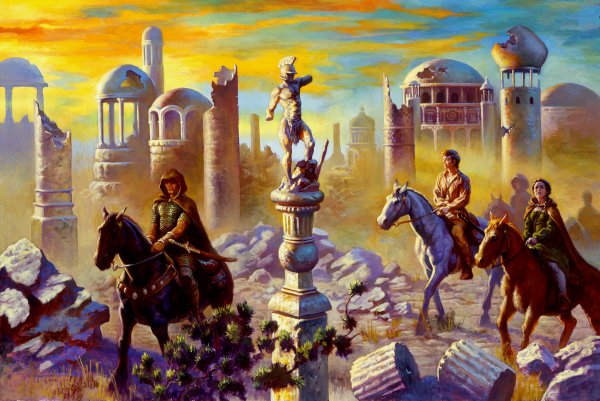 With Obsidian Entertainment already baiting post-apocalyptic fans by revealing Fallout: New Vegas less than a year from its intended release, the developers are dipping into the more traditional fantasy fandom with its recent announcement of its acquisition of the long-running “Wheel of Time” book license. Fans will recall the beloved book series as Robert Jordan’s (pen-name for the late James Oliver Rigney Jr.) mesh of European and Asian (specifically Buddhist) mythology, published across 12 novels, the last of which is being continued in three volumes by Brandon Sanderson following Rigney’s death. Co-held with Red Eagle Games (who is also prepping a movie production based on the franchise with Universal Studios), the game will be published by Electronic Arts, and has a prospective release on the PS3, 360, and PC.

“The Wheel of Time is one of the greatest and well-received fantasy series of all time,” said Chris Avellone, Chief Creative Officer of Obsidian Entertainment. “Games set in Robert Jordan’s universe have the chance to deliver on the epic storylines and the complex characters that the series is known for – and this is one of Obsidian’s strengths. It’s a natural fit.”

One thought on “Obsidian Co-Nets License for Wheel of Time”