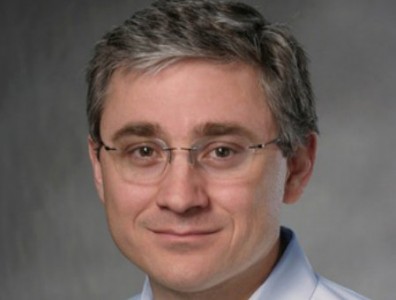 In a lengthy interview with IndustryGamers about taking back the shooter market, head of the EA Games Label Frank Gibeau discussed the upcoming release of Crysis 2, and reacted to the development of the EA-exclusive Respawn Entertainment, headed by former Infinity Ward heads Jason West and Vince Zampella. Will the original Crysis became a landmark PC brand for its visuals alone, Gibeau perceives the console version of the IP could be a serious threat to a certain green-armored Spartan.

“…we were trying to craft a Halo-killer, you know a product that would squarely go after what Bungie built with our partners at Crytek. So the Crysis 2 product is spectacular, very high-end, and is going to be a multi-year franchise,” Gibeau continued, “…so at some point in the portfolio plan you’ve got, when you look at Crytek, DICE, Epic, the LA team building MoH, and then Respawn, you know we got a pretty damn killer team. There’s not a lot of opening positions left on that roster and so that was definitely something that played into how we’ve looked at opportunities out there. But, we’re going for it and I‘ve gotten to know the Bungie guys over the years and they’re a terrific bunch of people, but we’re very pleased and confident with what we got and the franchises in our portfolio.”

But what many have been waiting for EA to comment on is there recent exclusive acquisition of Respawn Entertainment, a studio founded by the heads of rival company Activision’s arguably biggest brand. “[I]was flabbergasted that it was unfolding the way it was, but I had a big grin on my face when I saw that we had an opportunity with [Jason West and Vince Zampella] and we went for it.” Gibeau said, “And we’re very fortunate that Respawn and EA we able to come together on the deal and I couldn’t be more excited.”

He continued, “I think it’s about being prepared and when your opponent makes a mistake or stumbles, you’re right there to step in and take advantage of that situation. I mean those two guys have done things in the interactive category and the overall entertainment category that have never been done before. And to get that type of talent, the way that it fell our way, was awesome. We couldn’t be happier with it.”