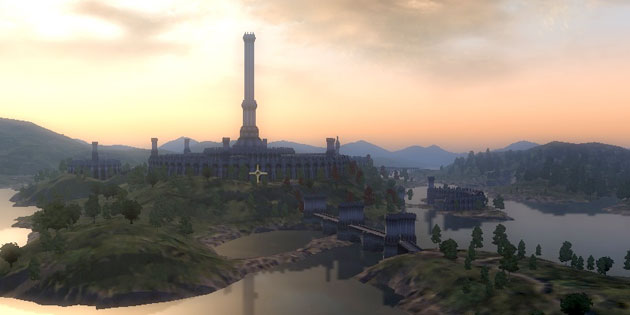 Just looking at this picture will make about 200 people reinstall Oblivion.

It is that time of year again! You’ve just collected your last star in Super Mario Galaxy 2. You’ve accidentally shot your last horse in Red Dead Redemption. And you did the right thing by avoiding Alpha Protocol. Kudos!

Looking at the upcoming release schedule for the next few months, I only notice a very few titles that pique my interest. I’m sure most of you do too. Allow me to be the first to officially welcome you to the summer gaming lull.

Singularity will keep me occupied for a bit, though something about it reminds me of Turning Point: Fall of Liberty,  Legendary, and Fracture. Raven is developing it (the people who made Star Wars: Jedi Knight: Jedi Academy and X-Men Origins: Wolverine), so I might be delightfully mistaken.

Believe it or not, I’m looking forward to Lego Harry Potter: Years 1-4. Lego Batman and Lego Star Wars were both fantastic family games. My wife is a pretty big Harry Potter fan, so I’m sure she’ll be happy to pick up the controllers again with me. 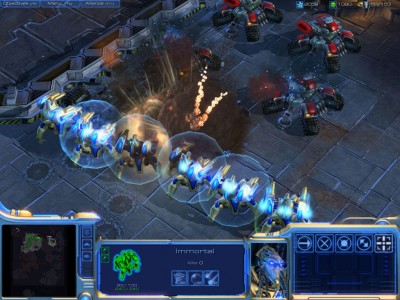 Say goodbye to your friends and family!

StarCraft II, of course, will dominate a ton of people’s time this summer.  Not mine, sadly. There isn’t a low enough difficultly setting in real-time strategy games for me to be able to compete. If there was an “enemy unarmed” level of difficulty I might be able to compete…. maybe. I’m certain Cheyenne will whip up a review as fast as his fingers can click.

But other than that, we gamers are looking at a pretty open release schedule for a while. So, my question to you is, what are you going to do with your gaming time?

Personally, I’m going to probably go back and play some old favorites. Right now I’m playing through Elder Scrolls IV: Oblivion for the 100,000th time. I still consider it one of my favorite games of all time, but it’s starting to show its age a little. Afterwards, I may go back to Elder Scrolls III: Morrowind.

To scratch my action itch and to prepare for their upcoming sequels, I’m switching back and forth between two of last year’s best action titles, inFamous and Batman: Arkham Asylum. inFamous is harder than I remember and Batman is easier than I remember. Both are still awesome and totally worth their sticker price.

Oh Pripyat! You're so fantastically creepy!

I’ve also been meaning to reinstall S.T.A.L.K.E.R. and mod it with the Complete mod. That game, like no other before, truly nailed the environment and feeling of isolation. I’ve never tried the Complete mod, but I’ve never heard a bad word said about it. Hopefully I’ll unearth my copy of S.T.A.L.K.E.R. from one of my gaming boxes and try it out. That reminds me… I also need to play Metro 2033. (Is Russia becoming the new “World War II” of video games?)

And finally, I need to play Mass Effect 2! I’m a huge BioWare fan and I absolutely adored the first title. The only reason I never played ME2 when it released was because of time. Since I didn’t avoid Alpha Protocol, I need some good western RPGs to wash the taste out of my mouth. Thankfully, I think I now have the time to play Mass Effect 2.

So, what will you be playing this summer? Will you be digging up some recent hits or will you be going further back in time in your collection? Or are there some other titles you’re looking forward to?

9 thoughts on “From the Editor: Welcome to the Summer Gaming Lull”