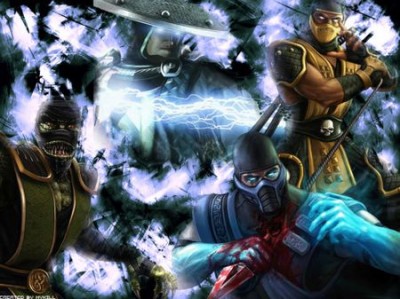 Didn’t take long for Warner Brothers to make use of the franchise assets they bought up last year. The ninth game in the franchise, re-dubbed simply Mortal Kombat, is being developed by NetherRealm studios and WB Games Chicago (formerly Midway Chicago). Expected 2011 for the Playstation 3 and the Xbox 360, the game is said to “mark a triumphant return to the series’ mature presentation and a reinvention of its classic 2D fighting mechanic.”

Expectations for the game include a brand new engine and story mode, as well as up to four player tag-team battles and a ‘Co-Op Arcade Mode,’ that will allow two friends to tackle the single player campaign.

“We are bringing the Mortal Kombat franchise back to gamers with the talented NetherRealm Studios team creating the game fans long to play,” said Warner Bros Interactive President Martin Tremblay. “Re-establishing the brand with Warner Bros. Interactive Entertainment, Mortal Kombat innovates on past games while staying true to the brand’s legendary characters and fighting style.”

“We can’t wait for players to get their hands on Mortal Kombat,” said Ed Boon of NetherRealms Studio. “This game really is a response to what players have been demanding: mature presentation, reinvented 2D fighting mechanic and the best, most gruesome fatalities ever!”