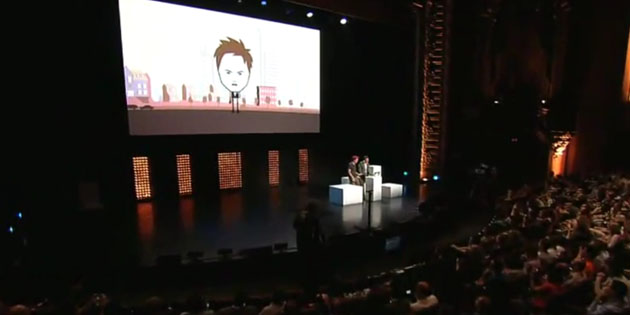 A new game was presented at the Ubisoft press conference, which appeared to be specifically aimed at helping users relax. The program, known as Innergy, is aimed at reducing stress and uses a bio-monitor that is attached to the finger of the player as an input device.

Furthermore, a new title known as Your Shape: Fitness Evolved was shown. Rather than other fitness titles that just track users as they perform activities, Your Shape uses Kinect to perform a scan of the user’s body before commencing. It then uses this data to adapt activities to match the physique of the user. Additionally, the system shows movements that are being performed in a certain rythm, which the user must follow. Users score points as they accurately mimics these actions. This allows users to set challenges to themselves or friends.