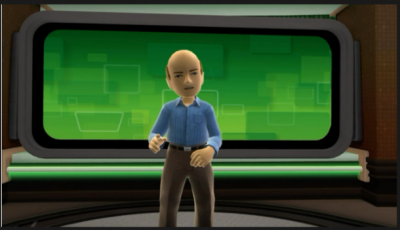 Most announcements coming from major companies at each CES show in Las Vegas are elaborations on known products and services. Microsoft managed a few surprises this year with Kinect, the most noteworthy being a new fully animated Avatar Chat feature dubbed Avatar Kinect. The live chatroom service, coming to Xbox 360 this Spring, will be free to all Xbox Live Gold members, and consist of player’s avatar characters sitting around 15 different sets and conversing. New updates to Kinect functionality were announced in conjunction to the service, and including recognizing head and facial movement and basic lip synching.

Microsoft also demonstrated new browsing features with Kinect, with services like Netflix and ESPN getting both voice and hands-free navigation in the near future. The motion control system has thus far been good to the Xbox Division, as it was announced at the show to have surpassed 8 million units globally sold since its launch last November, 5 million in the States alone. Microsoft also demonstrated a strong games lineup for its Windows Phone 7, as well as new OS details across several partner companies.