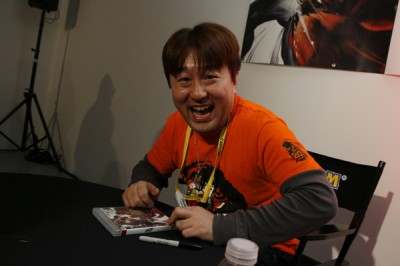 Yoshinori Ono, the Capcom-dev behind Street Fighter IV and its upcoming iteration on the Nintendo 3DS, held a panel at a press conference for the hardware in Amsterdam yesterday. A member of Cubed3 asked whether adding Nintendo characters to the game (or any Capcom fighter in general) would be an idea Ono would be in favor of. The developer responded with great favor toward the statement, saying that he would love to work on the project and that Nintendo x Capcom should be “pitched to [Nintendo of America’s] Masahiro Sakurai.”

If your brains haven’t imploded at the potential awesomeness of such a project, which of the Big N’s characters would you want taking on Capcom’s lineup?