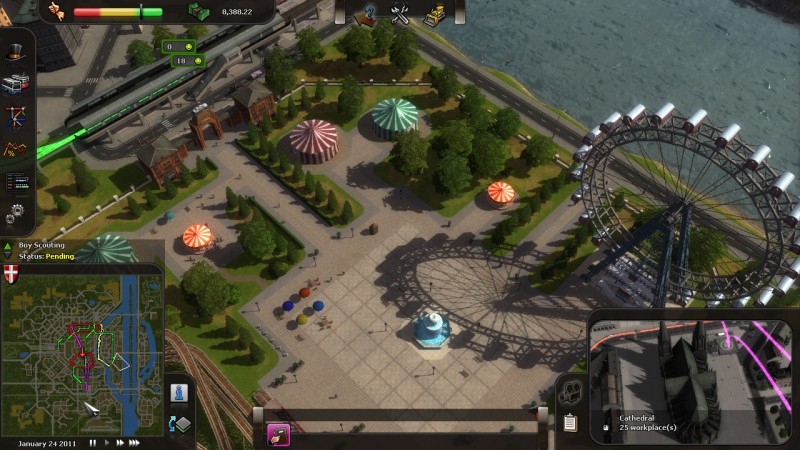 Cities in Motion has an amazing soundtrack. When we previewed the game last month, we were all chattering behind the scenes about how we wanted to get our hands on a copy of it. It’s smooth, mellow, and poppy all at the same time.

There are four different eras in the game. They start in 1920 and continue up to 2020. Eras 1 and 4 were composed by Oleksi Onttonen. Era 2 was composed by Ilpo Kärkkäinen. And Era 3 was composed by Tuomas M Mäkelä.

So we sought out Oleksi Onttonen, and asked him a few questions about his experience with Cities in Motion. Here’s what he had to say.

Elder-Geek: Cities in Motion is unique among city sims in its focus on transportation rather than city building. Did Colossal Order emphasize this when discussing the soundtrack with you? How does the music reflect this emphasis on transportation?

The inspiration starts immediatly when i get material on my hands. I think that the first impression is most important when you see for example first visuals or hear the different ideas about the game. What first comes to your mind gives the direction to go in your music ideas. I think the first thoughts are important to keep in mind. Naturally, later ideas changed during the process of creating the game soundtrack.

I am also the sound designer of Cities in Motion. When I did soundwork for the game. I was surrounded by lots of transportation sounds and city ambiences. That gave me lots of ideas, inspiration and feelings to compose the soundtrack. Tuomas used some processed sound effects of a train and a bus driving by and a car honking on the theme song.

That´s when the basic ideas about the Cities in Motion soundtrack were born. 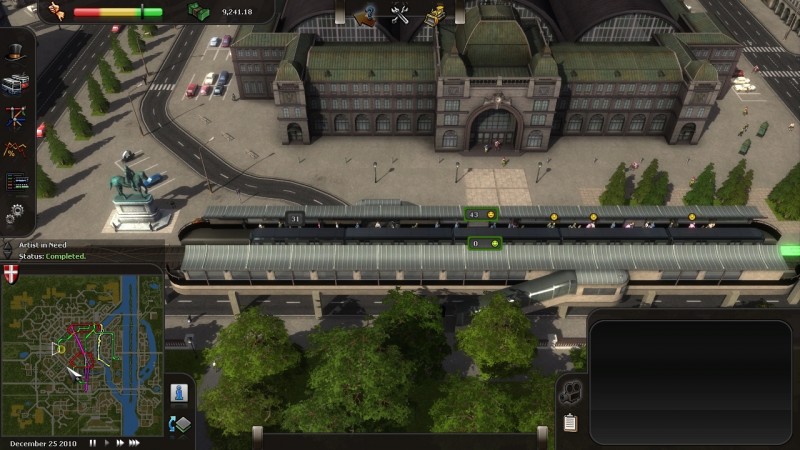 E-G: One of the selling points for “Cities in Motion” is its broad array of settings. The game features four cities as they progress through a century of technological development. Will the music change to reflect advancement through time periods?

OO: The music for the game was specifically made to reflect the different time periods, so you will definitely hear echoes from different times in there. We even thought of that when mastering the tracks, for example the music in the 80’s is dynamically more sparse than it is today and is made to sound like music did in the vinyl era.

The basis for all music is still pretty much contemporary as it needs to work as a concept and sit in well together.

E-G: Some of the tracks on the preview copy featured excellent recordings of electric guitars. Did you perform these yourselves? Are there any other live instruments on the soundtrack?

OO: In Cities in Motion´s theme song part of the guitars are real and part of them are based on synthesis. All guitars in grunge version of theme song was actually played by Nicolas Mäkelä based on original composition. In era 2 some of the guitars are played by Ilpo. There are also other live instruments in there such as clarinet and vibraphone. We like to use live instruments where possible. 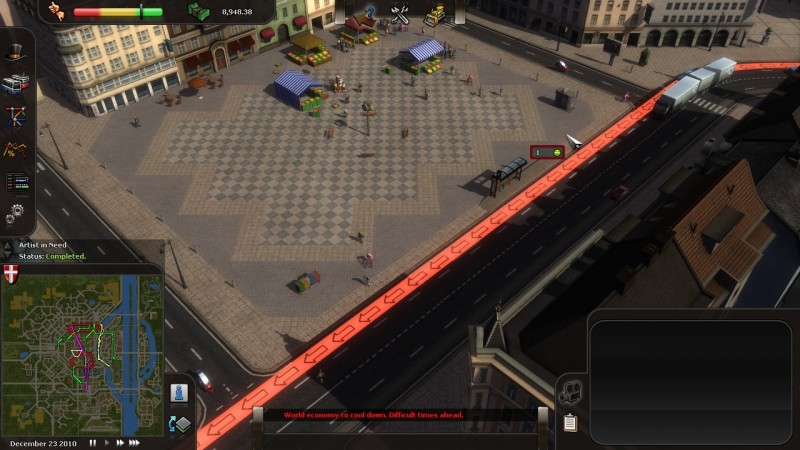 E-G: Are any of you avid gamers? Are there any game composers or soundtracks which have influenced your work?

OO: We all were avid gamers in our childhood. We played a lot of games starting with C-64, going to Amiga and Nintendo, then later on PC.

The music on Sim City 4 has definitely been an inspiration for us. Beautiful work of Jerry Martin.

Other games that influenced on our music are: Halo: Combat Evolved (Marty O’Donnell and Michael Salvatori), Elder Scrolls 3: Morrowind (Jeremy Soule) and Fahrenheit (soundtrack made by one of our favourite composers Angelo Badalamenti). 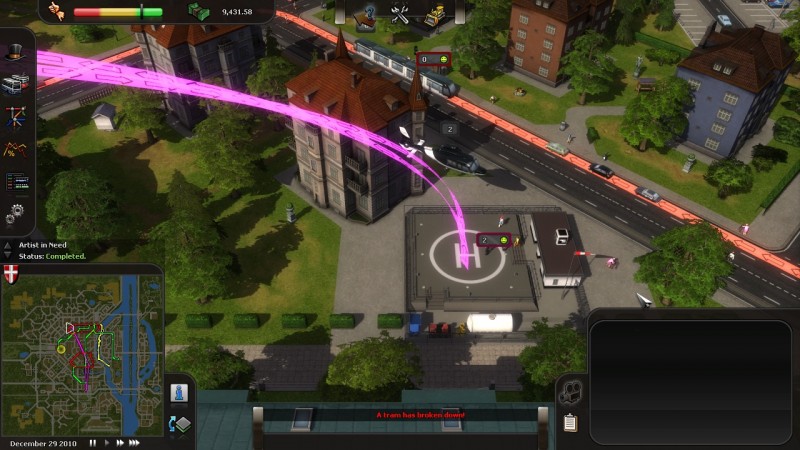 E-G: Have any of you ever worked on a video game before? What was your impression of making audio for games as opposed to other media?

OO: This is first game project for Tuomas and I. Ilpo has done other game projects before. We found it interesting to work within a certain frame that is given to us. Each of us love to dive into that and see what we can do within the given frame.

Game music involves a lot of background work and communication to get it right. There are often many different people involved in making the music, let alone making the game. It’s a very delicate balance of things and there is a lot to consider.

We found it very challenging, and rewarding one as well!