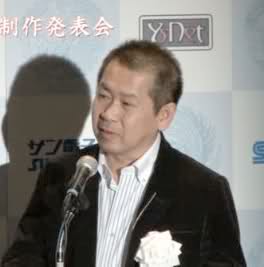 In between getting mobbed with fans at Game Developers Conference and receiving the Pioneer Award at the GDC Awards, Yu Suzuki revealed to Gamasutra that the social game sequel to the Shenmue could be heading to smartphones. Shenmue Town was originally developed developed for Yahoo! mobile applications, and commands the largest share of Japan’s DeNa Mobage-Town web portal. Suzuki theorized that smartphones, including the iOS, is the logical next step.

“From the start, I’ve been thinking of this as a multiplatform game,” mused Suzuki. “So I’m thinking about smartphone strategies right now,” he said, hinting that he’s looking at both iOS and Android. Suzuki said that the platforms should be fine for a port, but that “the experience definitely needs to be customized for the smartphone.”

“I’m imagining,” Suzuki added, “since Apple just announced their AirPlay initiative that allows you to play music and send a single out from your phone to multiple devices, that in the future you’ll be able to beam games out of your phone to play on widescreen TVs in massively multiplayer environments. You could play against other people with your iPhone as your controller.”