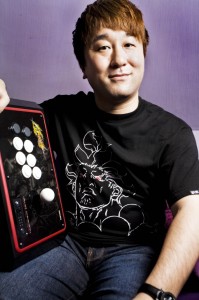 After being hospitalized earlier in the week after his physical condition had reportedly “heavily deteriorated” following a Street Fighter x Tekken event,  Yoshinori Ono has announced via Twitter page that he is temporarily stepping down his work at Capcom. Not directly relating the break to his unspecified illness, Ono stated that “I’ll be out of the limelight… for a while…Another person [will be] in charge of the Street Fighter series for a while. Of course I’ll constant support to it.” No less than the “the new future of fighting games” will be Ono’s next task upon his return.