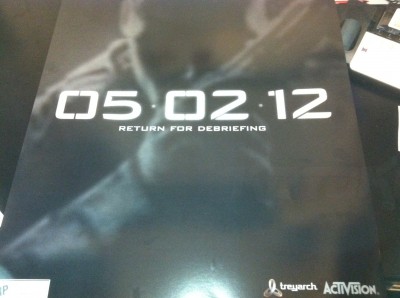 Kotaku is reporting that this year’s Call of Duty looks to be a sequel to 2010’s Black Ops, with a reveal to that effect scheduled for May 2nd. The report was issued after the blog received an image of a poster (above) from an anonymous retail source. Such a reveal would correspond to previous reports of Activision allegedly banning members of the French gaming press from their events, after they wrote of a Black Ops 2 2012 release. Neither the publisher nor Treyarch have responded to the report.