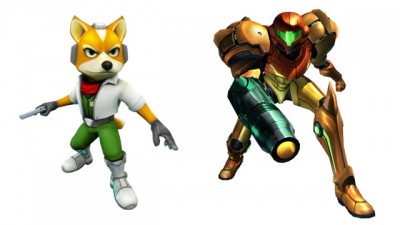 It is the stuff that fanboy dreams are made of. Paul Gale Network is reporting that Retro Studios is gearing up to collide the universes of Metroid and Star Fox on the Wii U with the aptly named “Star Fox – Metroid: Fusion Saga”. Believed to switch between a first person perspective as Samus and third-person as pilot Fox McCloud, there have even been whispers of playable Star Fox style sections with Samus’ ship. Nintendo has not confirmed the rumor, but such a game could make for an E3-defining reveal.

While unlikely at first glance, keep in mind Paul Gale Network were also the first with the story on the more probable- but still surprising – Playstation All-Stars: Battle Royale last November, back when it was still code-named “Title Fight”.

One thought on “Rumor: A Fusion of ‘Metroid’ and ‘Star Fox’ Coming to the Wii U?”