A lot of people find videogames about work enjoyable. It’s a strange phenomena, but games like Animal Crossing and the seemingly endless supply of Simulator games has proven this to be true. One of the more famous franchises revolving around a hard day’s work is Harvest Moon. Story of Seasons is from the same developers as most of the Harvest Moon games, so longtime fans of the farming series will know what to expect from this one. 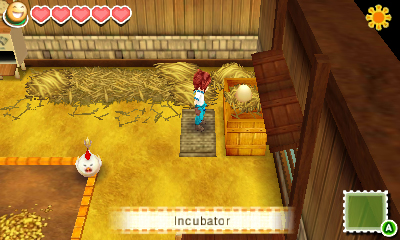 Since Natsume still owns the Harvest Moon name, and Story of Seasons is being published by XSEED, the name had to be changed. Don’t worry though, Story of Seasons will scratch your farming itch just as well as any Harvest Moon game ever has. Throughout the game you will plant crops, raise a variety of animals, trade your goods, become friends with the local townspeople and so much more. All you have to do is get through a lengthy, but helpful tutorial.

You play as a city slicker who spots a flyer saying the town of Oak Tree is in need of farmers, and decides to go because that’s just what people who live in the big city do. When you arrive at the town, the other farmers get you acquainted with your new life and teach you the tricks of the trade. Oak Tree Town survives by trading with other countries, so it is up to you to make them interested in the town by building up your farm and selling as much stuff as you can.

Story of Seasons follows the Harvest Moon formula of having four 30-day seasons in one year. There are so many things you can do over the course of a day that I can’t list them all here, but the main daily tasks are maintaining plants, tending to your animals and visiting the town. These chores are much more streamlined this time around. For example, instead of tilling nine separate tiles of land to plant seeds, your hoe now automatically tills a 3×3 plot all at once. Watering and harvesting are done in a similar fashion as well. In earlier games it felt like most of the day was gone after you were finally done with your daily tasks, but most days in Story of Seasons can be spent doing one of the many other things on your never ending to-do list. 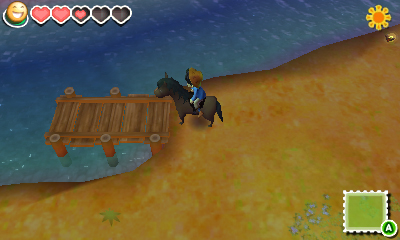 The horse becomes very helpful when your errands start piling up

While these tasks go by quickly, they still take their toll. Everything you do costs stamina and before you know it your entire stamina bar will be depleted. It’s tough to figure out a good routine at first because chopping down one tree can do you in for the day. Thankfully, there is an easier mode called “seedling” that reduces stamina consumption by half. This mode is great for newcomers as well as people who don’t have as much time to play videogames as they used to.

Unlike a lot of the previous games in the Harvest Moon series, Story of Seasons is a much more free-form experience. You create a custom character at the beginning, and as your farm grows you can choose where to put your expansions. There is also a massive variety of different things to make and sell. There are a lot of new crops and animals to raise, and as you expand your farm you can make products like jewelry to sell and new clothes for your character to wear. 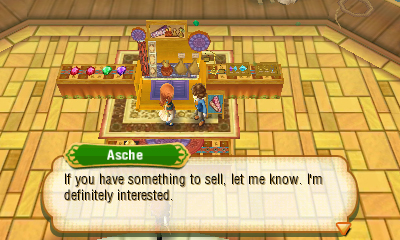 One of the most interesting aspects of this game is how the economy works. Instead of having a magical shipping bin that spits out money when you put your turnips in it, your paycheck depends on when traders come to your town. It’s a little annoying at first because there’s only one trader that comes once or twice a week, but as you sell stuff others will start flocking to see what Oaktree Town has to offer. Certain traders will pay more for certain commodities, and it’s up to you to stay on top of the materials in demand. Conversely, if you sell too much of one thing the price will drop over time. This encourages you to grow different crops and make different things rather than just buying a bunch of corn every summer because it sells for the most money.

The only hang-up I have about the gameplay is the menu system. While the tools themselves take much less time to use, there is no efficient way to select them. To my knowledge there is also no way to select a bunch of items to sell at once. The menu system isn’t a deal breaker, but some sort of a quick-select system would have been nice.

Story of Seasons isn’t the best looking game on the 3DS, but it certainly isn’t the worst either. The town and surrounding areas are nice to look at, and at a certain point you can even start customizing certain areas of the town. While the drawings of the characters are very good, the 3D models lose a good amount of detail the further you zoom out. The music also leaves a little to be desired. It’s not very noticeable at first, but hearing the same music loop over and over again can gets old.

If you’re a fan of Harvest Moon games or simulators, Story of Seasons is perfect for you despite the minor issues. This game will suck away hours of your time without you knowing it, and you will feel like you barely scratched the surface.  Even though there are some repetitious activities, there are plenty of festivals and random events that will keep you wondering what is going to happen tomorrow.