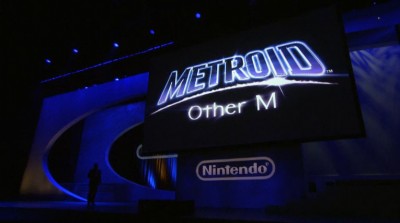 During the press conference Nintendo held earlier today at the E3, new gameplay footage was shown for the upcoming colaboration project between Nintendo and Team Ninja: Metroid: Other M.

The game mixes elements of first and third-person shooters with 2D side scrolling action at some points. Reggie Fils-Aime, who hosted a major part of the show, stated that the game stays true to it’s roots and will once again give players a feeling of isolation when they take on the role of Samus Aran, but that the game would also promote exploration.