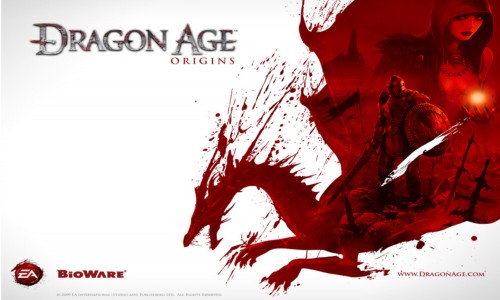 In a surprising move, the RPG masterminds at Bioware have announced that they will be porting their massive dark fantasy, Dragon Age: Origins to Apple’s line of Mac computers. The game will be made available starting next week, in either a Standard Version or Digital Deluxe Version, the latter including in-game bonuses similar to the Collector’s Edition on other platforms.

From the Original Press Release:

BioWare and TransGaming, Inc. today announced plans to release Dragon Age: Origins for the Mac on December 21. The critically acclaimed, dark fantasy epic will be available to Mac Players as a digital download where they can choose between the Standard or Digital Deluxe version.

The Digital Deluxe version will feature additional content including: a collection of wallpapers, in-game bonus items, the game’s soundtrack and the Warden’s Keep additional content. Warden’s Keep provides players with a new dungeon-exploring adventure, new loot including a set of ancient Grey Warden armor, a chance to gain two of six mysterious new abilities, a new base complete with merchants and a party chest to store their hard-earned items. The Standard and Digital Deluxe versions are available now for pre-order through many popular online digital retailers.

“We are very excited to bring this award-winning title to the Mac community” commented Vikas Gupta, President and CEO of TransGaming. “Our Cider technology allows us to rapidly enable and deploy high quality titles like Dragon Age, and we are pleased to be delivering this exceptional caliber of gaming to the ever growing Mac gaming community.”

Each version of Dragon Age: Origins for the Mac will also include The Stone Prisoner and the Blood Dragon Armor. The Stone Prisoner gives players access to new environments, items, hours of additional gameplay and the mighty stone golem, Shale, who can become one of the most powerful party members in the game. In addition, players will receive the Blood Dragon Armor, a set of themed armor that gives players additional protection in combat and will be available for use in both Dragon Age: Origins on the Mac and in Mass Effect 2 on the Xbox 360 videogame and entertainment system and PC.