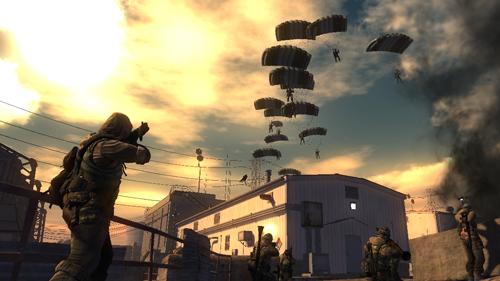 Sony’s trying to re-define “big” in their multiplayer-only 256-player title, MAG. Although its dropped its self-explanatory original title of “Massive Action Game,” there is little denying the scope and appeal of this beast’s mega campaigns. Developed by Zipper Interactive, this MMO Shooter is set to take the addictiveness of Call of Duty and shoot it up to 11. So, as always, we present you all the official released media in our beloved one-stop-shop feature, the Video Blitz!

Set in the year 2025, in the Guns of the Patriot-style future of Private Military Companies fighting against smaller rogue organizations, the game is split between three factions: the underdogs hired from war-ravaged countries known as Seryi Volk Executive Response (S.V.E.R. pronounced as “sever”), the Western European high-techies Raven Industries, and the North American/UK vets in Valor Company.

One thought on “Video Blitz: MAG”