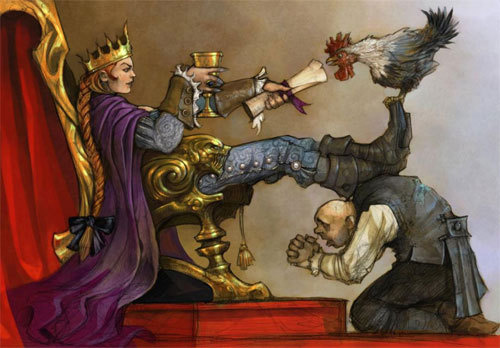 Opinions on Lionhead’s very-British Fable series range from glowing to loathsome; but wherever one stands on the franchise, most can agree that thoughts on the RPG’s lead director, Peter Molyneux, operate on an even more dynamic fluctuating scale. Nearly every interview with the producer/director causes bile to rise on at least one side of the fanboy aisle, but in a recent discussion of the latest installment in the series with Gamereactor, Molyneux hinted that parts of his game will outright anger some gamers.

“We’re making some announcements about Fable III and there’s some…wow, there’s some very, very big things happening in Fable. Bigger than you think. And it’s going to really upset people.” Molyneux admitted, before adding, “I’m really scared when I go out and tell people what it is they’re going to get super pissed off, they really are. But it’s the right thing to do man, I’m sure it’s the right thing to do.”

The game has already confirmed to be supporting the 360’s Project Natal motion control system, although how much of the actual gameplay involves the scheme has yet to be revealed. Fable III is set for a release later this year, exclusively for the 360. Will the third Fable be controlled entirely through Natal? Will you have a dragon companion this time around? Give us your own opinion in the comments section!