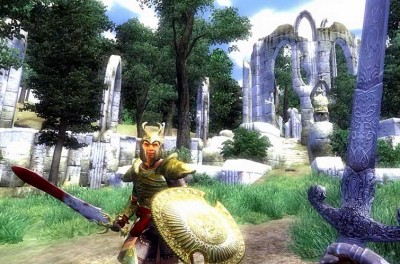 Trademark filing has always been a skeptical indicator of future products, but Zenimax, parent company to Elder Scrolls creator Bethesda Softworks, has made some specific copyrights. A little over a month ago, the media corporation filed for an additional trademark for the word “Oblivion.” This time, the trademark had the specific intent to be used for “motion picture film production; entertainment services, namely, providing motion picture theatrical films in the field of fantasy games.” While by no means a bankable confirmation of a current film in the works, the wording does seem to indicate an intent of Zenimax to branch out its IPs beyond their native medium. Neither Bethesda nor Zenimax had any comment when contacted by Elder-Geek.

Elder Scrolls: The Movie? Sound good Elder-Geeks, or should the property stay interactive-only? Pitch your thoughts below!

One thought on “Oblivion Film in the Works?”