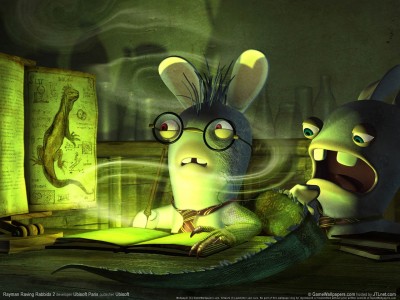 The spin-off creatures from Rayman, known as the Rabbids, will be making another leap in the near future: into television. A job posting at Aardman Animation, the makers of Wallace and Gromit, is looking to hire a person capable of creating a “live action/CGI” mixed television show based on the insane rabbity-things. Ubisoft and Aardman aren’t exactly strangers either, the animation studio working on the website and some animated shorts for the recently announced Raving Rabbids Travel in Time.