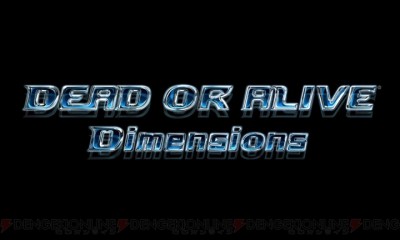 Tecmo KOEI has released a new trailer for their 3DS game Dead or Alive Dimensions. The trailer showcases the stage based on Metroid: Other M during a fight between Kasumi and Ryu Hayabusa. Team Ninja stated that Samus will not be a playable character in the game, but will appear at times to help the player.

They have also launched the teaser site for DoA Dimensions. It can be viewed here.