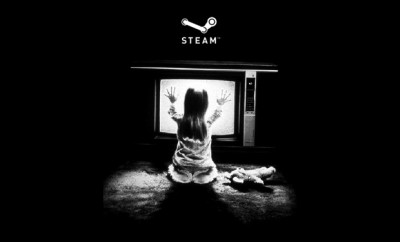 Over this week’s Game Developers Conference, Valve debuted a new addition to their Steam digital distribution platform. “Big Picture Mode” will allow users to display and play with their Steam catalog on more screens throughout the house, from tiny portable TV boxes to big screen living room sets. The feature will allow the formerly mouse/keyboard-exclusive platform expand to controller sets with made-for-TV navigation. The feature is confirmed for use through PCs, with no current word on whether or not it will require specific TV or computer models.

“Our partners and customers have asked us to make Steam available in more places. With the introduction of Steam on the Mac, and soon in Portal 2 on the PS3™, we’ve done just that,” said Doug Lombardi, VP of marketing for Valve. “With big picture mode, gaming opportunities for Steam partners and customers become possible via PCs and Macs on any TV or computer display in the house.”

Valve also announced a new security measure, Steam Guard, which hopes to prevent unapproved modifications or changes to user and account data. Players can account their account to a specific computer, and be notified of any attempts to log in via other units, all of which requires the player’s permissions. The service runs on Intel’s upcoming Identity Protection Technology, and is set to launch sometime later this year.

“Account phishing and hijacking are our #1 support issues,” says Valve president Gabe Newell. “With Intel’s IPT and Steam Guard, we’ve taken a big step towards giving customers the account security they need as they purchase more and more digital goods.”