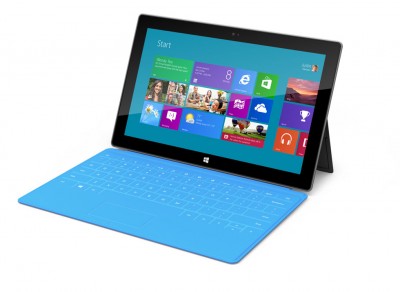 Microsoft has issued a direct challenge to Apple’s hold of the tablet market with the announcement of the Surface. Re-appropriating the name from its interactive tabletop displays, the Surface is a “priced to compete” tablet line broken into Windows RT (32gb, 64gb) and Windows 8 Pro (64gb, 128gb) SKUs. The former will be locked into Microsoft’s new application system, the latter a more open platform. Key features include a 10.6″ Clear Type HD Display (made of Gorilla Glass), a smart-cover that doubles as a keyboard, and a built in stand. Full specs for both SKUs can be found below.

Microsoft promised significant games compatibility for the device, announcing 17-bit’s Skulls of the Shogun as one of its premiere Surface-compatible titles. No specific pricing or release windows were announced.