Kirby Super Star, released in North America in 1996, is a landmark in the Nintendo library and is still considered by many to be one of the best Kirby games in the franchise. Twelve years later, Nintendo, not being content with simply placing the game to the Wii’s Virtual Console, remade this classic under the title of Kirby Super Star Ultra (KSSU). The result is a game that not only matches the quality of the original, but exceeds it. 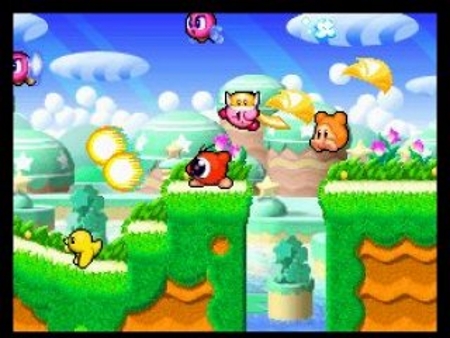 Those familiar with Kirby Super Star will know what to expect. KSSU is a collection of 2D platformer games where the objective in most of them is to progress through the game’s levels and ultimately fight each level’s boss. Kirby of course still relies on his flight ability and his trademark power of inhaling his enemies to either use them as projectiles or swallow them to assimilate their power for his own use . 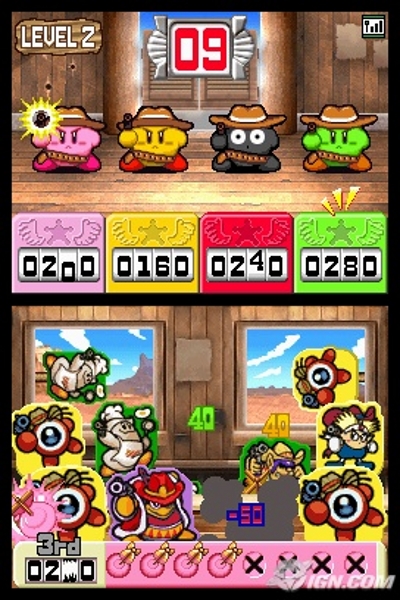 However , KSSU contains nearly double the amount of content of the original. New games include:

•     “The True Arena” is an even harder version of the boss gauntlet found in the original Kirby Super Star.

KSSU also contains 3 new minigames, all of which make use of the DS touch screen. They include “Kirby Card Swipe,” “Kirby on the Draw,” and “Snack Tracks.”

KSSU also takes advantage of the DS’ wireless multiplayer functions, allowing other players to join in and play. One friend can help you cooperatively dominate the main game as a helper, while up to 4 players can try to outdo each other in the mini-games. Upsettingly, there is a lack of online functionality.

KSSU has received a noticeable bump in its graphics from the original Kirby game. Far more detail has been added in the game’s sprites, resulting in much more fluid motion and even smoother gameplay. Many of the game’s environments almost have a 3-dimensional look as the colors pop out at you. The soundtrack is equally as impressive. KSSU retains all the music from the original game but also has it’s own share of new tracks for the game’s new modes. All new 3-dimensional rendered cutscenes have replaced all the original game’s 2-dimensional cutscenes, adding another layer of graphical improvement. 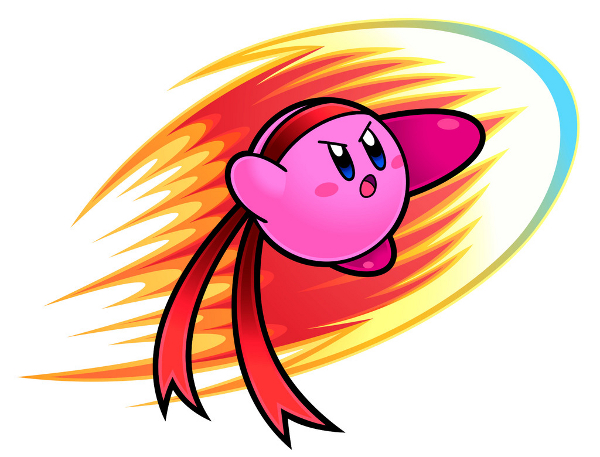 Kirby Super Star Ultra is a game meant purely for fans of Kirby Super Star and the Kirby series in general. The game as a whole is on the easy side and most Kirby enthusiasts will probably be able to blow through all the games in about a day. It might take even less for those experienced with Kirby Super Star. However, for 30 dollars, you still get an enjoyable sidescrolling platformer that could arguably now be the best Kirby game made yet.

If you have children, Kirby is a great game for them to play and it’s no problem to play Kirby in front of them either. If you’ve never tried a Kirby game before, this is a great entry into the series.

If you have given up on Nintendo ever releasing the original on Virtual Console, and you have a craving to send Dedede flying, or you want to see MetaKnight’s Halberd crash into the sea again, then Kirby Super Star Ultra is a game that will not disappoint.

About the Author: Brent Oxford has been gaming for over 18 years and started like many of us playing Super Mario Bros. on the Nintendo Entertainment System. This is his first article for Elder-Geek.com