You know who I like? Gordan Freeman. I never have been into Half-Life, or even the genre of first-person shooters. In fact, I don’t even own The Orange Box, and frankly, think Portal was average at best. Anyway, that is neither here nor there. I like Gordan Freeman because he is my, and many other Elder-Geek’s fantasy. He does not really have the physical stature of Marcus Fenix, or the badassness of Kratos, but he does have something else more important for gamers.

Let’s look at the top games of the last five years. These games involve you taking on the persona of a Greek god with a taste for blood; being an oversized monster of a human being with a chainsaw for a gun; living the life of a space marine that never speaks; or being a gangster who bangs hookers then murders them to get his money back (we have all done it in-game. It’s okay). What is common among these themes? These characters are all MEN. I don’t mean these men have virtual chest hair, or broad well-pixeled shoulders. I mean they personify what it is to be a man in the most traditional sense of the word. They are rough, tough, angry, giants that have no mercy for the enemy, speak very little, and have an unspoken sense of duty. 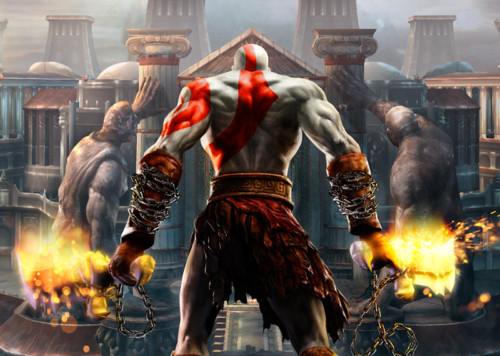 Who do these men attempt to seduce with their e-musk? Well us of course: the nerds, geeks, dorks and most importantly, ironically named “hardcore gamers”.  If we look at the traditional role of the nerds, geeks, or dorks of the world, they are viewed as small, meek, mousey, shut-in thirteen-year-olds.  Today—as most of us know—the average gamer’s age is somewhere between 28–32 years of age. In other words, we elder-geeks have grown up. We are no longer scrawny button mashers.

The over-hyped machismo of today’s gaming industry vastly contradicts the stigma of the childhood gamer. We are not giant chainsaw-wielding mammoths and never were. At what point did publishers realize we wanted to reclaim our inner child, and dedicate a market to that? In fact, when we were the teen dorks being rejected by girls, we were playing what would be considered “casual” games by today’s standards. My childhood—like many others—was filled with movie-adaptation games, Super Mario Brothers spin-offs and sequels, and cartoon-based sprites. I was not playing first person shooters or killing anything. On the contrary, I was stomping goombas and fighting foot soldiers that blinked and disappeared when they were defeated instead of leaving a bloody corpse. As a child I never made the connection that when they disappeared they actually stopped living. Today while playing a game like Resident Evil 5, when a man with a chainsaw cuts off my head, it’s clear that I have died. But just in case I didn’t realize that, they spell it out for me on the screen as well. 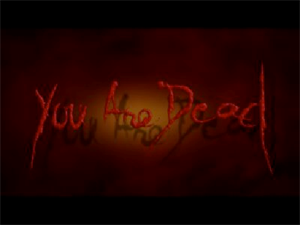 In contemporary society if a man acted like Kratos from God of War, he would not get laid. He would probably lose his job for lack of sensitivity to other workers, and live a long and lonely life that ended with him alone as a conservative extremist, muttering to himself about killing our Muslim enemies with no mercy or ethics. So why are we as gamers so attracted to these ultra male figures that are completely unrealistic and ridiculous in today’s world?

Gaming for many, has always been all about fantasy. What separates gaming from books, movies, and music, is that this media allows you to interactively play a part. You not only watch the characters do cool things, but you actually make them do it. It’s amazing when you think about it. It’s as though gaming is the evolutionary offshoot between theatre and cinema. We can be almost anyone or anything.

Now the problem is, most gamers only want to be one thing: testosterone-dripping assholes.

What happened? We used to be happy playing as an Italian plumber who let nothing stop him as he endlessly pursued his love through dungeons and castles—a romantic in the true sense of the word. What happened to us? When we were kids we were happy chasing larger dreams, and today we look back at the golden age of gaming with big puppy dog nostalgic eyes. The state of gaming has changed quite a bit over the years since the Nintendo Entertainment System revolutionized the industry, and more importantly, our childhoods. No longer did we need to go outside to be bullied and pushed around for our “geeky” beliefs. We as future gamers could stay inside, find the master sword, slay the dragon, save the princess, or whatever other reference you choose to associate with your own childhood fantasy. 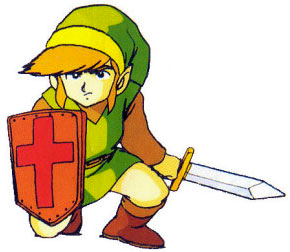 As adults, we seek to recapture those elements of our childhoods. That’s why we love www.screwattack.com and The Angry Video Game Nerd. They let us remember and recapture. So why do we as adults choose to play roles in games that are essentially the same as the bullies that contributed to us wanting to escape from this world as children? When we pick up the controller and take on the persona of a tough guy, we are really taking on what we never were. We are accepting the dominant discourse of what a man should be and we’re running with it. This is ironic because in our real lives, as geeks, we rejected this macho attitude in favor of using our brains, feelings, or passions.

While thinking about how disgusting any comment section of YouTube or a videogame forum can become, you realize many people take on the form of a Neanderthal. Everyone insults everyone else, and if you show any sign that you are “a noob,” like any alpha male society you must adhere to the pecking order. The Internet allows people to be what they are too afraid to be in real life.

I reject this patriarch ideology. This is why I like Gordan Freeman. He is the same hero as Marcus Fenix, Master Chief and Kratos, but he is also a dork. He is a physicist with big nerdy Weezer glasses. He is an ordinary man thrown into an extraordinary situation. Frankly, I can relate to that. So I’ve had enough of everyone trying to be what we are not. Let’s celebrate what we are: Geeks. I wish there were more games like Half-Life, The Legend of Zelda, or Super Mario Brothers, where we take unlikely heroes—such as ourselves—and force them into adversity. This makes for a better story. I was not surprised that Master Chief took on The Flood and The Covenant; he is a highly-trained, ass-kicking space marine. Why should I be surprised that he kicked so many asses? It’s predictable and old. So I cheer for the Gordan Freemans and unlikely heroes of the world! They represent us as gamers and I personally like to play as characters I can relate to, not a muscle-bound meathead that optimizes a stereotype of what a man should be.