Do you like music rhythm games? Do you hate the limited list of music that comes with the game? Do you hate paying for music in games that you can’t listen to on your MP3 player? Do you have a decent PC?  If so the answer to your Music Rhythm game problem is Audiosurf!

Audiosurf is a Music Rhythm game where your goal is to collect different colored blocks to build your score higher by chaining combos to the beat of your music. Each color has a different value, with the cooler colors having less value and the hotter colors having higher values. The order of values from least to greatest is: Purple, Blue, Yellow, Red, and White/Black. The White and Black blocks only disappear when they move to the bottom of the collection grid, and add 2,000 points to your score.  There are also rainbow blocks which can be any kind of block you wish them to be.  You need to collect a row of at least 3 matching blocks to score. There can also be multipliers at the end of each song if your score is high enough. There are three medals you can get: Bronze, Silver, and Gold, each medal has different requirements for each song. 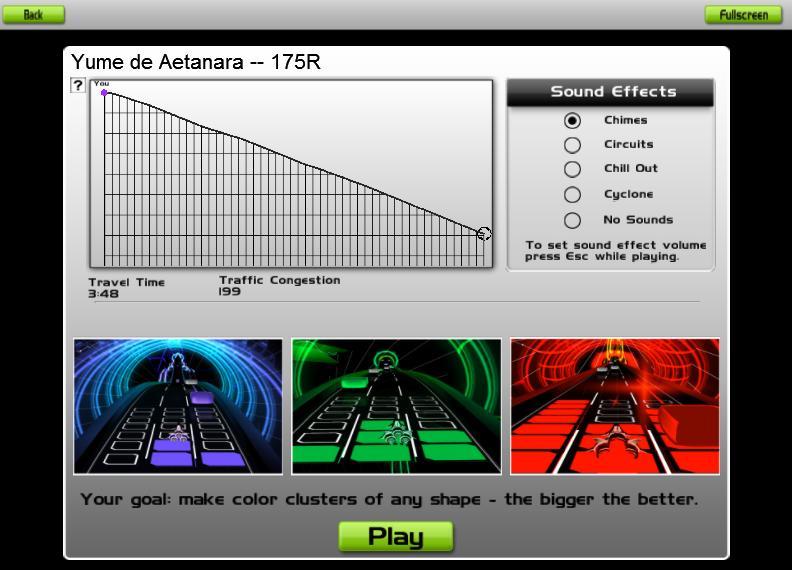 There are three different levels of play, Casual, Pro, Elite, and Ironmode. The higher the difficulty the more blocks will appear on screen. Also, the more intense the song, the steeper the slope of the track will be going downwards and the more blocks there will be.  Ironmode does not allow overflows of blocks, and the pace is faster with more blocks. An overflow is where you fill an entire column past the allocated slots resulting in a loss of all those blocks, a reduction in your score, and you won’t be able to collect blocks for a few seconds while you respawn.

There are a number of power ups you can get in the game, plus the Ships special abilities. Standard affair of any Music Rhythm game is the Multiplier and it is random. There are also paint splats that color all the blocks in your collection grid to that color. Then there are the Colored blocks with a lightning bolt on them, giving you two blocks high and all three rows across of a certain color. There are quite a few ships and a number of abilities per ship, my favorite ship is Vegas which allows you to shuffle the blocks when you go to either shoulder.  There are three ships for the Casual Class, six ships for the Pro Class, and five for the Elite Class.  When you play the Ninja Mono mode, there will only be two colors, grey unbreakable blocks (avoid at all costs) and the colorful ones you want to collect. 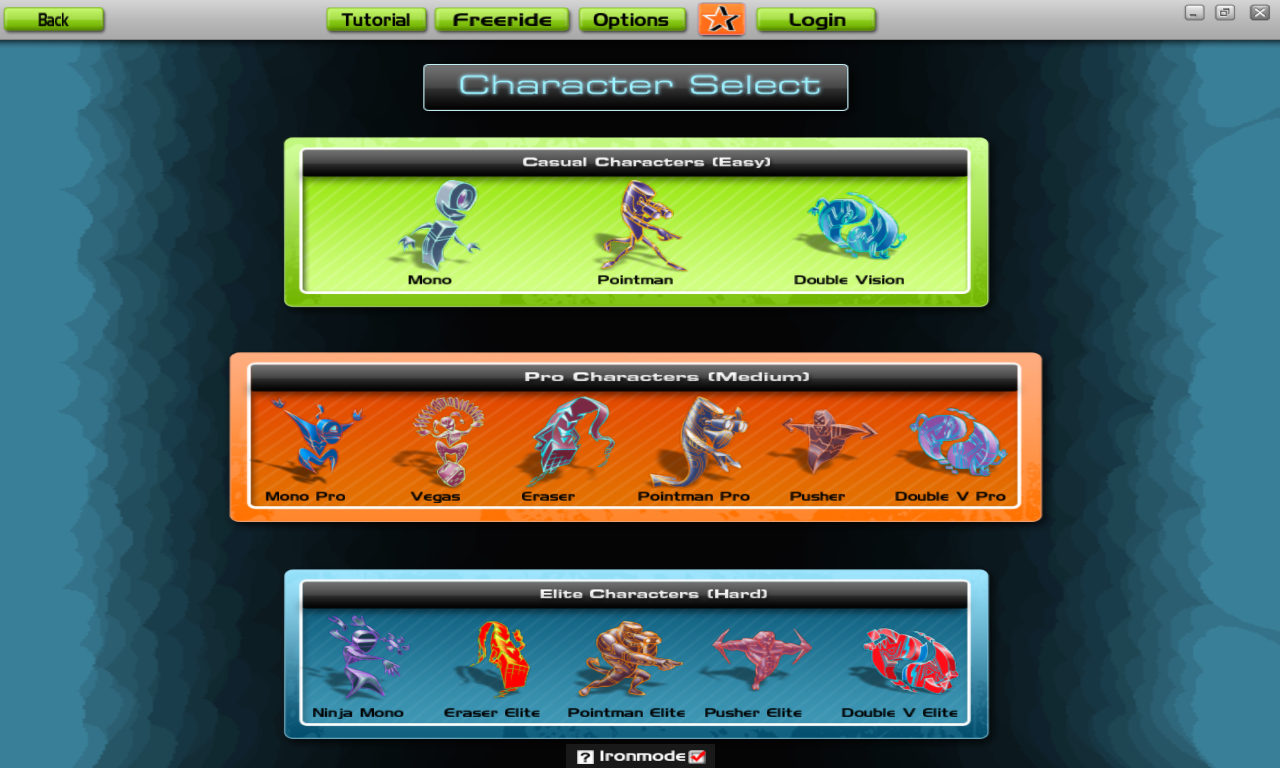 There are two types of modes in Audiosurf. The first mode is the standard play where you try to rack up the highest possible score and obtain the Number 1 spot on the Global Score Board. The other mode is called Freeride, where you can just play a song with no notes and watch the scenery. I recommend playing the normal mode since it is more fun and you get a score. There are Achievements in Audiosurf which can only be obtained in the normal mode, and some of those achievements are demanding. You can play Audiosurf with either the Mouse, Which I recommend, or the Keyboard. Don’t worry; there are tutorials in the game so if you want to learn each class of ship you will have no worries.

The music that is used to play this game comes straight from your hard drive and there is an online radio that you can stream some songs from. There is no limit to how many songs you can play, other than the limit of your own collection. For $9.99 you get Audiosurf and the entire Orange Box soundtrack, a pretty good deal considering the fact that the Orange Box soundtrack costs more on its own. You can find Audiosurf on some select retail shelves in Europe or through the digital download service Steam.

For a price of only $9.99, Audiosurf gives you endless hours of entertainment, especially if you own a lot of songs. I strongly recommend that anyone who loves Music Rhythm games, or music for that matter get Audiosurf.