She is weak, innocent, often unaware, and generally displayed in a surprised or weak position. She is basically a child,  with giant breasts and a love hate relationship with sex. At first she doesn’t want the giant tentacle, but as soon as “it” happens, then she loves it. The power dynamics at work here are insanely explicit and often blur the line between  snuff film, entertainment, and art.

In order to understand the nerd fantasy, I think it is first important to understand the nature of sex for most post-industrialized nations. Sex in more current times has moved past simply reproduction to gather meaning and significance in modern culture. Today much of sex is about power and control. For example, studies have shown that America’s favorite sex position is “doggy style.”

Lets take apart the dynamics of this position for a second. The man is behind the girl and has much of the power and control. He controls the thrusting and the women’s hips. The woman in this position is in a very submissive state. She is on all fours, facing away from the man, and is simply receiving him. She has no sense of agency in the position, nor any attachment to the man. Now, before feminists jump all over this discussing the implications, it is important to remember that women rated this position as their favorite as well.

Sexual dominance is also built right into our language. A guy will “get some”, which implies taking, while a women will “give it up” which implies giving or surrendering. Men’s fantasies also have a higher tendency to be focused around being in powerful positions. For example many typical male fantasies are the school girl, secretary, naughty librarian, or for the Geek a naughty Hermione Granger. All of these fantasies reflect the women in a weak or powerless position. The girl on the other hand, generally has fantasies that relate to being “taken” by someone with more power than herself. Women idealize this power into many forms, such as doctors, construction workers, bikers, or any presentable skill. The whole idea really goes back to our biology. Women want men who are the best, in order to reproduce the best possible offspring. Men on the other hand, do not have to worry whether women have skills, because they just want to mate with as many women as possible, based a superficial analysis of attractiveness.

Ok, so now that we have that straight, I want everyone to know that I realize that there are exceptions to this idea, and that I am not necessarily saying all men are superficial or that all women only care about money or power. I am just saying that it is a trend that relates back to our biology and may be applicable in this situation.

So how does this relate to the world of Geekdom? I have seen a guy sit there and frag 300 noobs only to be interrupted by this: 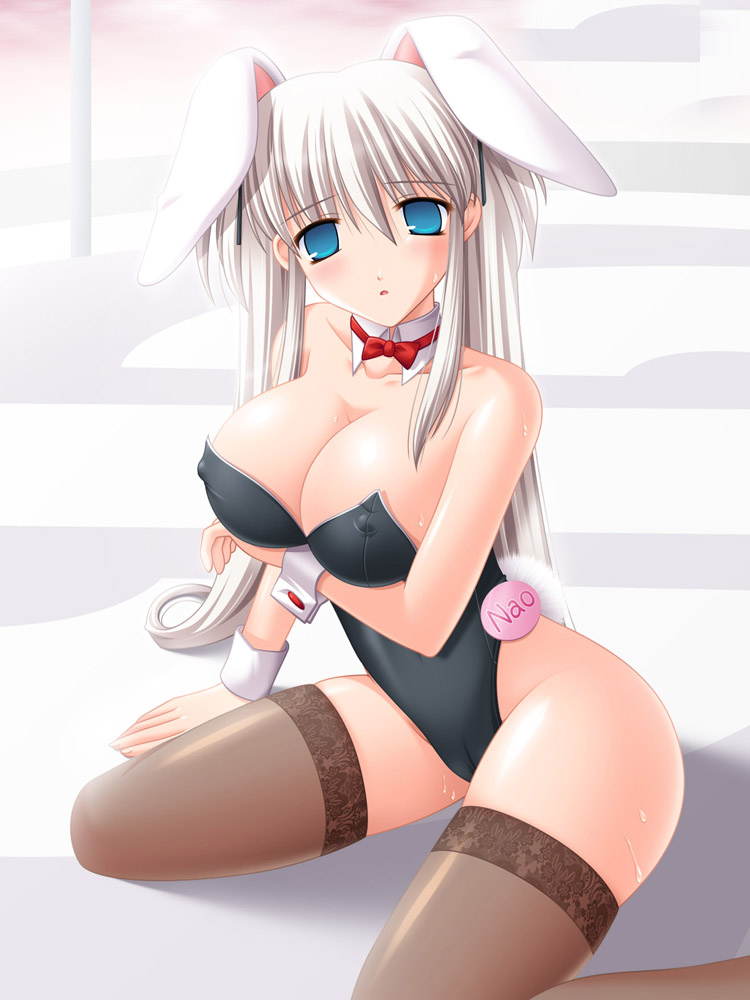 So what is it about this image this that is so attractive to Nerds. Everything else they seem to like, is very much in opposition to the picture. They tend to like killing things, the colors brown, grey and black, big guns, and violence etc. Although small cat girls may seem to be the opposite of these things, on the contrary I actually believe they are the same. Men like to exhibit power. It is their turn on. Don’t believe me? Think about the uncontrollable urge to smack a girls ass while making love from behind. It doesn’t really do anything for the man, other than show who is in charge. It does not stimulate the body, but instead the mind. Men use big guns and knifes to exhibit power; they provide a means to do this. In the case of sex, in order for men to exhibit as much power as possible, they essentially want the weakest possible women.  In the real world, Geeks do not have a lot of power with real life girls. In other words, men cannot express a lot of power over women in their lives. In order to compensate for this, geeks must look for weaker targets to be attracted to.

Geeks have found a weaker target in the Japanese Anime girl.

She supplies two needs for the geek. The first is to obtain power over the opposite sex in contemporary society. The other is an insatiable appetite for Japanese culture, which comes as a result of the rejection of pop American culture.  Not true? Why do nerds love J-Pop so much, but hate Britney Spears? It’s the same stuff, just repackaged in another culture.

So what can we learn from all that sociological bullshit? The first thing is that it is important to monitor the self, and understand the social implications of why Geeks may find themselves attracted to these girls. The next is to monitor these attractions as they can often lead to dark roads of bigger and more slime covered tentacles. As we become desensitized by the usual weakness these women show, it may take more stimulation (weaker women, and more dominant men/monsters) to get geeks off. The final is the effect that this can have on our real life view of women, and how men can devalue and objectify them, as well as lose the ability to get sexually excited from the “normal” turn-ons. So be wary Elder-Geeks, behind those innocent cookie dough eyes, school girl outfits, and cat ears, lies a beast that can lead you to a road of sexual frustration and a lack of intimacy in your real life.