All right, before I begin I want to make the record clear that this is not a gamer’s wish list, or some kind of a fanboy’s fantasy. This is a list of this writer’s / consumer’s opinion on what the next generation of Playstation Portable will need in order to be a major player against other handheld devices such as the Blackberry, iPhone, and DSi. If just now you thought, “But the Blackberry and iPhone are not game console competitors,” you are wrong. Dead wrong. The act of talking on the phone, playing games, internet browsing, downloading media, scheduling, and basically anything else you can do with a computer now needs to be pocket-sized. There is only enough room in people’s pockets for one device nowadays and we need to get used to it. 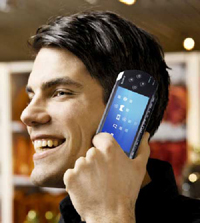 Skype we love you, but you’re just not cutting it. The next PSP will desperately need to be integrated into the Sony Erikson line-up. This will have to be standard. It only seems natural that Sony is most likely to make a deal with a major cell phone carrier that rivals AT&T, to compete against the iPhone. Perhaps Verizon, now that they have purchased Alltel and are the largest U.S. provider, they seem to be the most likely candidate. 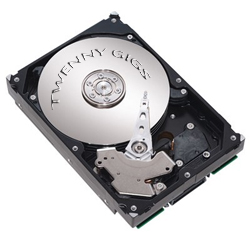 Number 2. An onboard HDD with at least 20 Gigs of Space

The SD/Memory Stick Duo are going the way of the floppy. It’s inevitable and I say good riddance. The storage space was too small. They were too expensive and they were far too small physically. Sony, get rid of this and put a HDD in it for goodness sake. The device is going to need a semi-beefy storage space so people can properly store their downloaded videogames, music, television shows, and the Elder-Geek.com podcast. 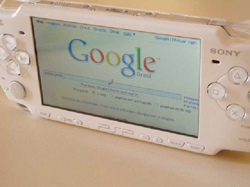 This device needs to get rid of the battery obliterating UMD drive. Despite Sony and Back to the Future II’s best efforts, UMD just didn’t happen. Digital distribution is the future and it is painfully obvious Sony is heading in this direction (see Patapon 2). If I can download almost any book instantly to my Kindle, then I should be able to download Resistance Retribution or Little Big Planet PSP from anywhere in the world. Also… enough plugging my PSP into things and then setting it to USB mode. I’m a busy man. I don’t have time for that! It should be able to exchange media with my PS3, computer, and hell, even print using Bluetooth technology. Finally, the Playstation Store needs to be fully supported. The recent news of firmware update 5.5 adding a completely open and viewable store via the PSP is a turn in the right direction. In addition, the Playstation Store may need to start selling music to become a fully multimedia device.

I have already mentioned the need for digital distribution, but we also need a greater variety of games. Over the last generation, the PSP gems have been few and far between. The PSP was crowed with second-rate ports of big PS2 games and this is not acceptable in the next generation of handhelds. Games like LocoRoco and Patapon have been fantastic on-the-go quickies, with great depth for the hardcore gamer, but also easily accessible. New IP’s and quality ports will make or break the next PSP. The PS Store may also need to start selling smaller, quick and fun $2-3 games. 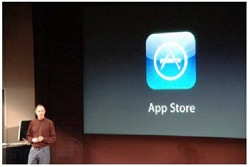 Everyone right off the bat is thinking “iPhone right?” Yes, Sony needs to follow the exact same formula and open up the technology and the software to the public. Not only because apps are useful, but because it allows the individual user to customize their PSP to suit their needs. If you think the latte sipping, tree hugging, artsy, elitist, Mac users came up with some cool stuff, what do you think a hardcore gamer geek can come up with?

The size of the Game Gear-esque original PSP was not acceptable during its original release, and it’s still not. It doesn’t matter how many radical carrying cases Sony and MadCatz come up with, this does not substitute for a pocket-bulging size… no matter how much it might impresses the ladies. 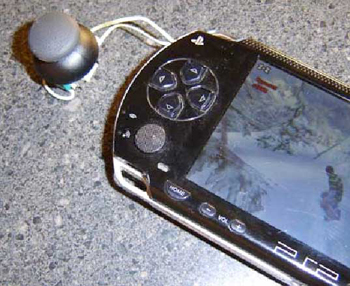 Number 7. A Touchscreen / Accelerometer / Another Analog Stick / and a Camera

Over the year gamers have called for many things: an onboard HDD for the Wii, smaller Xbox Controllers, a FF7 remake, etc. I don’t think anything has been asked for more than another analog stick on the PSP. The single “DUAL” shock nub has been the bane of gamers and developers nightmares for the last three years, creating awkward and sometimes crazy control schemes. Although I don’t believe a total lack of buttons will be necessary—or even desirable—a touch screen is basically standard at this point with portable devices. When I give LocoRoco to my girlfriend to seduce her with its cuteness, she always leans the controller from side to side like a steering wheel. Sony, why fight this! Integrate an accelerometer into the console! Do I even need to explain why it needs a camera?

Why was the iPod a success? It really makes no sense when you think about it. Upon its release, Apple wasn’t that popular. The iPod was an ugly white color when everything else was sleek and black, and it had a brand new untested control unit in the pressure wheel. So what was it? It was an easy to use interface on both the device and its accompanying software (iTunes). Even the most computer illiterate person can figure it out. If the PSP wants to succeed it needs to have a seamless and easy to use interface. The XMB baffles some techy people at first. The easier it is to use, the more units it will sell. The Wii and iPhone are living, breathing examples of this, and Sony will need to pull off some serious software integration to compete with Apple, Nintendo, or BlackBerry.

One thought on “What the PSP2 Needs to Survive”