“Drag Me to Hell” may seem like just another horror film to the everyday viewing audience, but die hard fans of Sam Raimi’s work know that it’s actually a size-38 Nike that might be too big to fill. 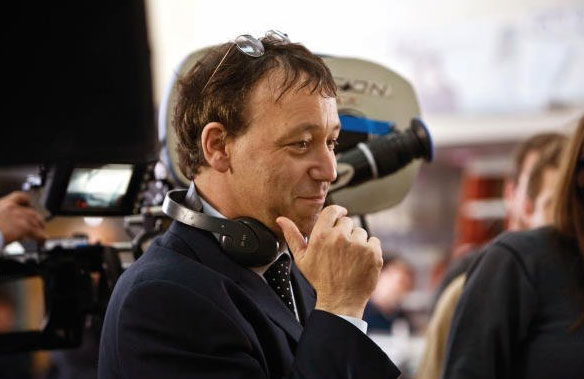 Sam Raimi is testing the waters of horror once again. “Drag Me to Hell” is his first horror film since 1992’s horror/comedy “Army of Darkness.” While his director resume isn’t as extensive as some others in Hollywood, it is pretty impressive. He first arose to semi-stardom in the eighties with the now-cult classics “Evil Dead,” “Evil Dead 2” and “Army of Darkness;” all of which starred the B-movie master actor: Bruce Campbell. If the Campbell-fronted trilogy had been his only successes, the world may have never heard from Sam Raimi again. But as fate would have it, another “small” trilogy was waiting in the wings. In 2002 Raimi took the Director’s chair of “Spider-Man.” “Spider-Man” and its two sequels went on to shatter box office records. Yahoo! Movies has the three films holding places 8, 11 and 16 on the all-time biggest box office charts. The fear of measuring up looms over “Drag Me to Hell”. So is “Drag Me to Hell” a worthy thrill? Or does Spidey have to borrow a boomstick? 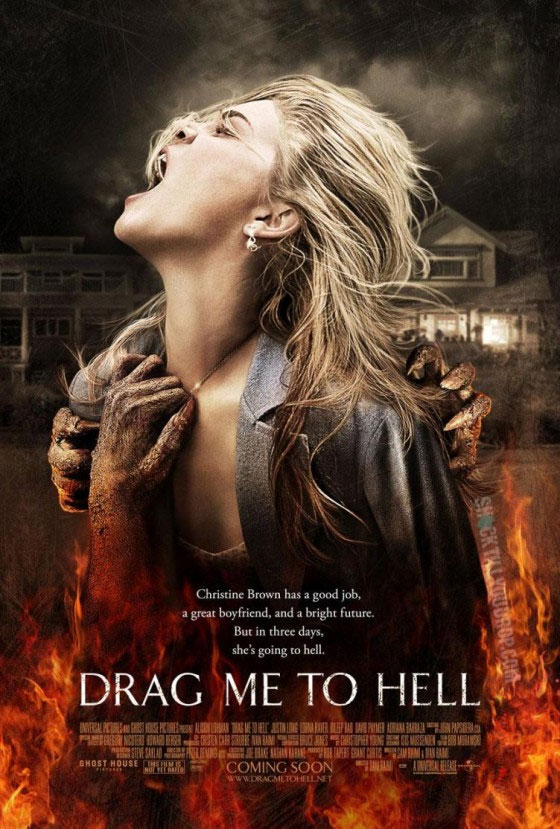 The film starts in 1960s Pasadena where a Mexican couple races to the home of a medium whom they believe may hold the power to save their child. Their son is being tormented around the clock by demons since stealing a piece of jewelry from a group of gypsies just days earlier… three days to be exact. This is the springboard of the story and the first glimpse of the horrific final moments that “Drag Me to Hell” has to offer.

Forty years pass before the curse is revisited… with a fresh victim. 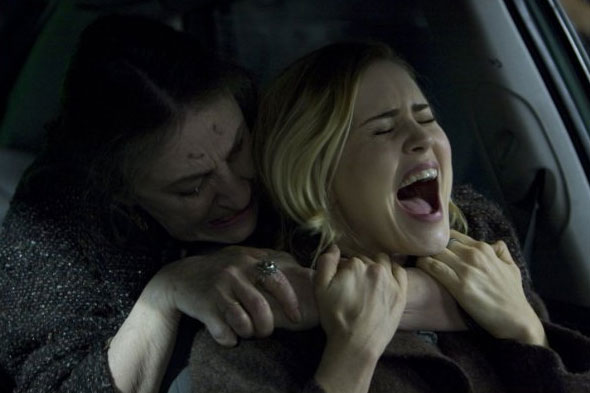 Alison Lohman plays Christine Brown; a bright and successful bank employee who has everything going for her in all avenues of life. That is, until she unknowingly shames an elderly gypsy woman. Christine quickly realizes that her days of peace are long gone. Not a nap, a dinner date or even a shower pass without a terrifying reminder.

Christine Brown is uncertain of the source of her affliction. It takes a visit with another medium to reveal the very dark force that has come upon her. Christine is cursed with a demon named Lamia.

Lamia is to torture and torment Christine for three days before dragging her to hell and to burn for all eternity. The medium, Rham Jas, suggests offering Lamia a sacrifice, which leads to an all-too-heartbreaking scene involving Christine’s helpless kitten. 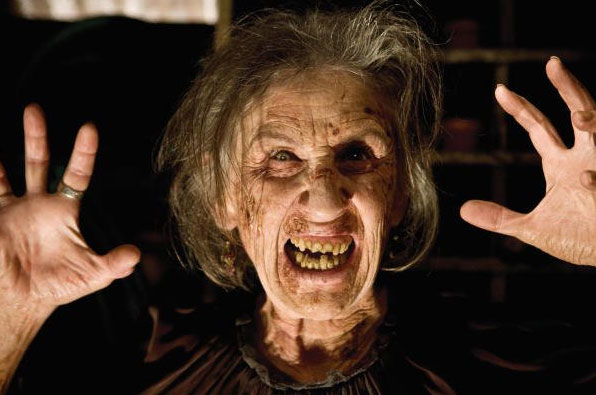 So with only three days left on Earth, Christine must find some way to appease the dark forces before she is, quite literally, dragged to hell.

Justin Long, Lorna Raver and Dileep Rao round out the cast. Long plays Christine’s loving boyfriend, who is ever struggling to understand his girlfriend’s problem. Raver plays the gypsy who puts the curse into motion. And Rao plays the seer hoping to save Christine’s soul. 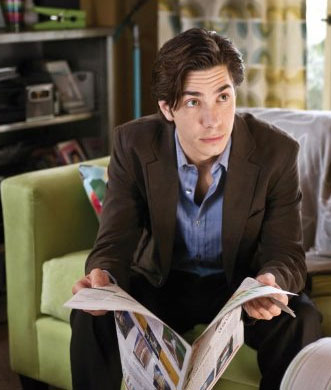 All three supporting members deliver quite memorable performances, but Alison Lohman’s lead role is a tad weak. Overall though, this film is a triumphant throwback to the tongue-in-cheek films of the past. While the climax is eerily bizarre, the early surprises deliver the campy jolts horror fans live for. The gags aren’t overly goofy, but they’re enough to satisfy the comic edge fans have come to expect. It packs genuinely terrifying moments and it dabbles bravely with its dark realism.

“Evil Dead” fans may view this film a big-budgeted “sell out.” “Drag Me to Hell” isn’t a must-see, but it truly is a should-see. This is actually my favorite Raimi-helmed picture to date. He uses classic misdirects and jump gags to great successful frights but still manages to deliver the world a refreshing take on modern horror. “Drag Me to Hell” absolutely stands out among the gore-spilling thrillers of the new millennium.

Horror geeks have to check this one out. Everyone else who can sit through horror films should consider this one a must-rent when the day comes.

About the Author: This is Jake’s second article for Elder-Geek.com.

Drag Me to Hell