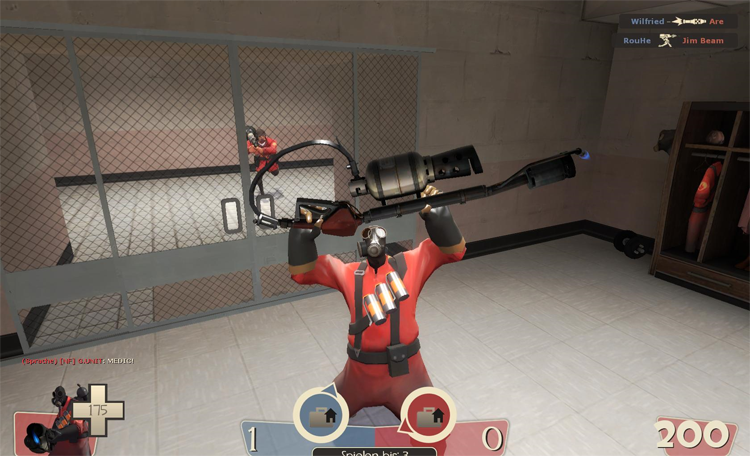 There are 9 classes (characters) to choose from, all of which have their own weapons, taunts, running speeds, and health.  The Classes are as follows: The Scout, The Soldier, The Pyro, The Demo, The Engineer, The Heavy, The Medic, The Sniper, and the Spy.  Each Class has their own characteristics: The Scout is fast and can capture points much faster. The Soldier has a rocket launcher. The Pyro has a flamethrower that catches people on fire and can reflect projectiles. The Demo launches explosives and has sticky bombs and a bottle as a melee weapon. The Engineer builds teleporters, Dispensers, and sentry turrets. The Heavy has a mini gun and a lot of health. He is also the slowest class. The Medic is the only character to directly heal the other classes which makes the Medic a great addition to any team, especially when they get Über (invincibility for a short time). The Sniper is . . . well . . . a Sniper with an Australian accent. The Spy can cloak or disguise himself as a member of the other team and backstab opponents. He can also disable and destroy buildings in a few seconds.

Even though TF2 was released in 2007 included in the Orange Box, the game is still updated with new content every few months. With every update, Valve adds new weapons, maps, or achievements. To date the classes that have been updated in order are: The Medic, The Pyro, The Heavy, The Scout, and The Sniper/Spy (yes in one update). That means the Soldier, The Demo, and the Engineer are still awaiting their updates.

The game modes include Capture Points (CP), Capture the Flag (CTF), Payload Maps (PL,), and Arena. There are a lot of official CP maps but there are also a fair number of community-made maps available. The CTF maps have you capturing the intelligence of the other team and bring it to your own intelligence room. The Arena maps are very fast paced. The player only has one life in a small map with a 2 minute time limit before the only control point is opened up. There are two ways to win: kill the other team or capture the control point. 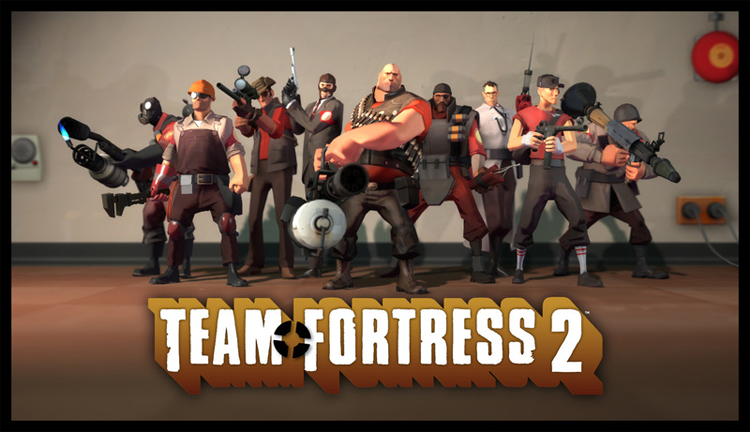 TF2 is a very team-driven game. A mix of each class is valued but Medics can turn the tide in any skirmish with their healing capabilities and Übers. Strategic placement of Sentries will allow for great defenses. The best way to play is when everyone is working together as one.

I recommend getting this game. There is endless amounts of entertainment to be found inside. If you have the option, it’s best to get the PC version. PC controls are much more suited for FPS games. The community is a lot better, and updates come faster, but if you only have an Xbox 360, the game has become better since its original release. The Playstation 3 version is decent.

You can purchase and download TF2 in the Orange Box on Steam —which includes Half-Life 2, Half-Life 2 Episode 1, Half-Life 2 Episode 2, TF2, and Portal. It is also included in the Valve Ultimate Collection, and as a standalone retail product. This game is comical, very bloody, and a blast. Hope to see you in game!

About the Author: John Jinneman has been gaming for over 14 years and started like many of us playing Super Mario Bros. on the Nintendo Entertainment System. This is John’s second article for Elder-Geek.com.