One of the most highly anticipated RPG projects in recent years is Alpha Protocol, a spy-action title with expansive character customization and branching dialogue components, from the esteemed team at Obsidian Entertainment: makers of games like Neverwinter Nights and Star Wars: Knights of the Old Republic II. The game pits players against a missile theft case gone terribly wrong, and – as agent Michael Thorton – the character must decide who, if anyone, to trust as he tries to get to the bottom of a dangerous conspiracy. Elder-Geek recently got a chance to sit down with the press team at SEGA of America to go through a demonstration build of the game and offer a couple questions for the producers present.

E-G: The team working on Alpha Protocol [Obsidian Entertainment] has a long history of RPG experience…but not a lot of experience with third-person shooters or heavy action games. How are they making that transition in Alpha Protocol?

Andy Alamano, Associate Producer – SEGA of America: Actually, it’s pretty simple. Third person shooters have a formula: you aim with the right stick, you move with the left stick, left trigger to aim and right trigger to fire. That’s the basis of the combat, it’s pretty straightforward. So what [they are focusing on] is adding the RPG elements to make the game unique. You have four different weapons, the proficiency in each is different based on your skill in that level, and how you’ve leveled up. It’s really an RPG, with how you spend your points…[effecting] your targeting reticule size, your critical abilities…your accuracy…all that stuff is tied to the RPG elements, so it made a good fit.

E-G: Will there be any differences in either console version? There have been discussions of achievements and trophies being relevant in-game… 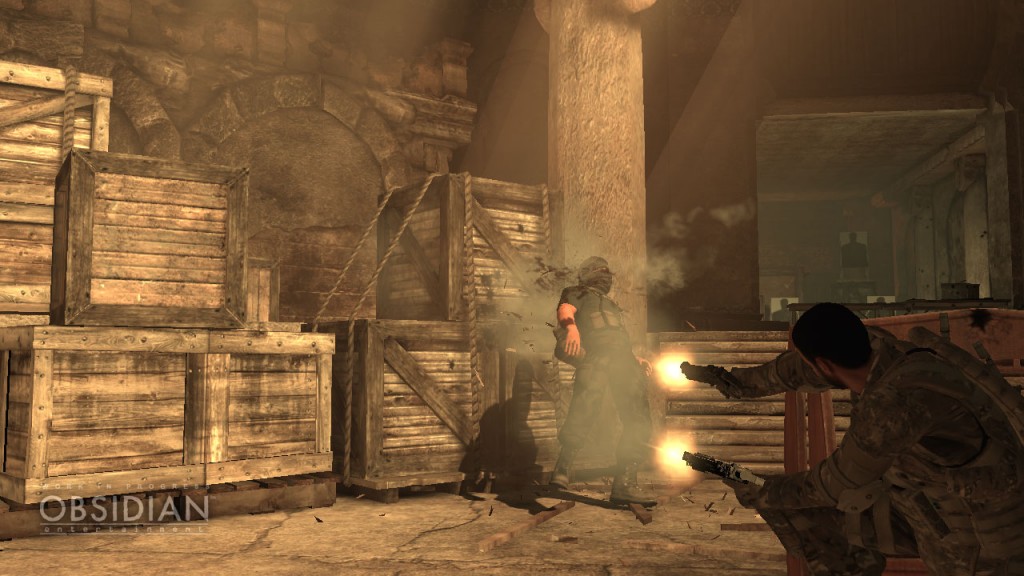 AA: No, we’re [developing] all versions…side by side, they’re all the same. We’re not going into Sixaxis control or [anything else]…the other thing we’re doing is achievements or trophies tying into actual game perks, where when you get [one] and something pops up on the screen…you get actual RPG stats related to that perk as well.

E-G: Your conversation system [in-game] feels like a cross between Mass Effect and a bit of Indigo Prophecy with the timing system, could you explain how you arrived at the decision to structure it like that?

AA: Well, we didn’t want you to have to picture a dialogue tree. We wanted it to be quick…we want to keep the game tense. One thing about this game: it’s a tense, spy, espionage plot…so in order to do that…the first thing you think of is to refrain the timer system, we don’t want someone to sit there and exhaust the dialogue tree. So, with the timer system you can’t really read anything, so we came up with the button-press system, our DSS system, where you’re choosing [just] your emotion – aggressive, professional, whatever – to basically keep the game moving, keep you feeling tense, [and] keep you working. When the dialogue tree pops up, we don’t want you to relax.

E-G: Also included in this demonstration with the dialogue system is reputation points with each individual you talk to, how much is that going to factor into the game at large? With your relationship to other characters? 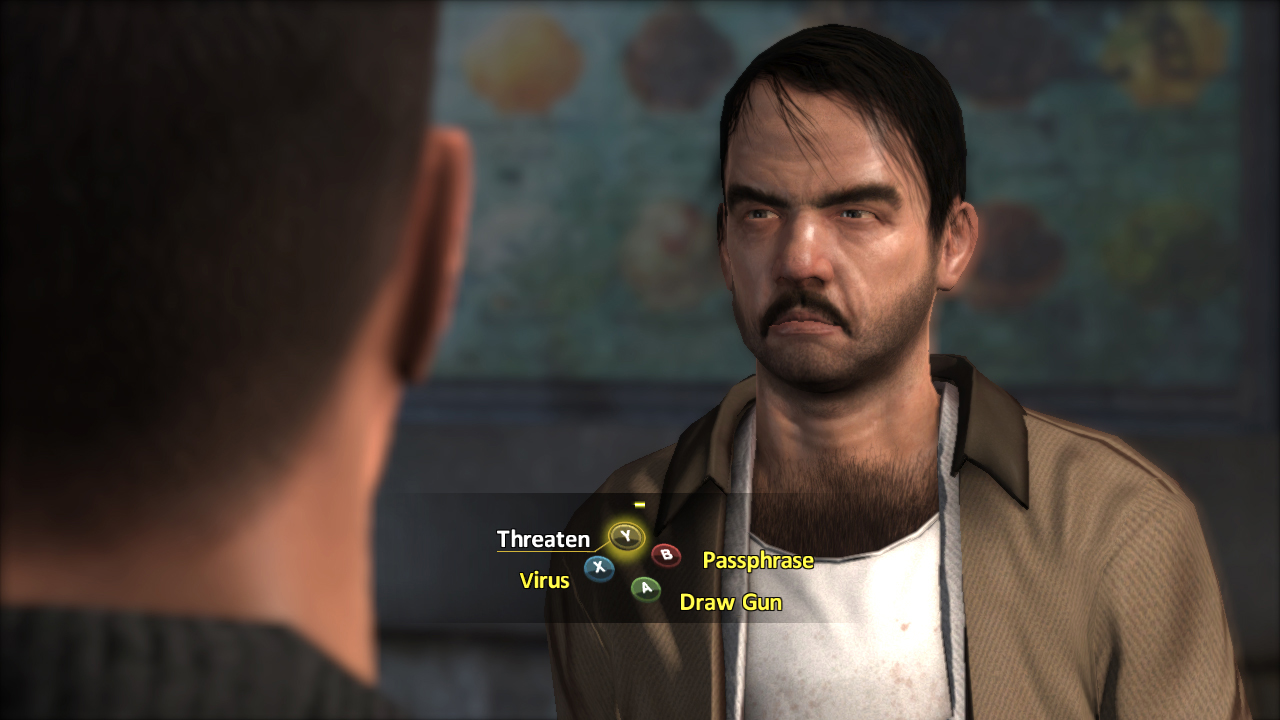 AA: That’s huge. Basically there are different ranges: it goes from dislike, to neutral, like, trusted, friendship…the more points you gain [in your actions,] the higher the effect ranges. Now, if you’re in a mission, [the outcome] changes drastically based on who you’re friends with and who you’re enemies with; just being enemies with someone might make you friends with someone else…it’s really how you drive yourself in the story. You’re coming across people and deciding who to trust, who to distrust, who you can count on in a firefight, who you might end up having a romance scene with…that’s all in there…mostly based on the DSS system.

E-G: A lot of video game romance scenes don’t have a lot of depth, a lot are stale, but with [Obsidian’s] developer diaries, they mention specifically “emotional depth,” do you think you can elaborate on that?

AA: I don’t know how much I can elaborate on story, but there are basically four female characters in the game, and each one has their own unique opinion on what’s going on [in the game.] There all in four different locations as well, so it’s not tied to a specific place. Depending on where you go in, who you talk to, you might…well…it’s very hard to get all four ladies to like you in one playthrough, it’s possible…

E-G: Is it an achievement?

E-G: So it’s not just going to be meeting a girl, having a sex scene, and moving on, they are going to remain relevant in the game?

AA: Oh, there is emotional stuff that happens. If you do get to the point of friendship with someone, there is a reason, it will pay off. There is a gameplay tie-in to that.

E-G: So with these character complexities, there is no just good or happy ending? 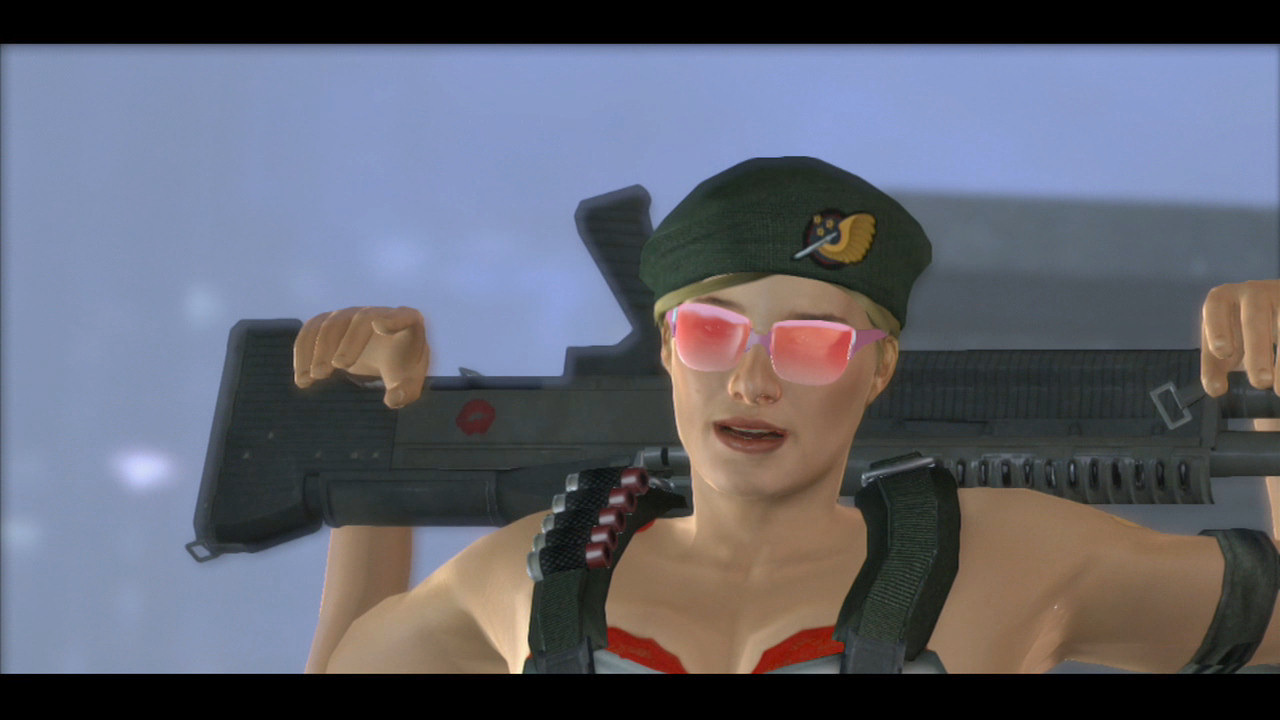 AA: Absolutely not, there is no [simple] good side or bad side, it’s not like that at all. It’s moving, it’s changing, if someone likes you then someone [must] dislike you, it all goes back and forth. It varies a lot.

E-G: Within this gameplay variation then, is it possible to be so affluent in negotiation and manipulation to go through a mission without ever firing a shot?

E-G: So this is the first real time we’ve seen any sort of detail on the character customization, is there any detail you can go into about this aspect of the game?

AA: Yeah. You play as Mike Thorton, that is your character, that is who you are playing as. We allow you to change hairstyles, glasses, hat, facial hair, skin tone…but you’re not manipulating the character geometry at all, the story revolves around Mike Thorton, and what you do as Mike Thorton.

E-G: So how does Alpha Protocol fit into the various demographics of the video game market?

AA: Well, Alpha Protocol is a mature rated game, I think on par with any R-rated action movie. It’s definitely for fans of “24” for fans of, like, “The Bourne Identity.” It’s got a very serious plotline, and it’s very well written…

AA: Oh yeah, it is. Especially when you look at the fact that you are playing through multiple times to see everything. You’re going to play through and you’re going to miss stuff. It is a very mature narrative, it isn’t kid’s stuff. You’re going to have to think a bit, like when you are trying to decide who’s a good guy or bad guy, when everyone is trying to be your friend and you’re not sure how it’s going to turn out. I think [the narrative] is one of the strongest parts of the game, easily.

E-G: So Alpha Protocol is coming out for –

E-G: Thanks you very much for your time. 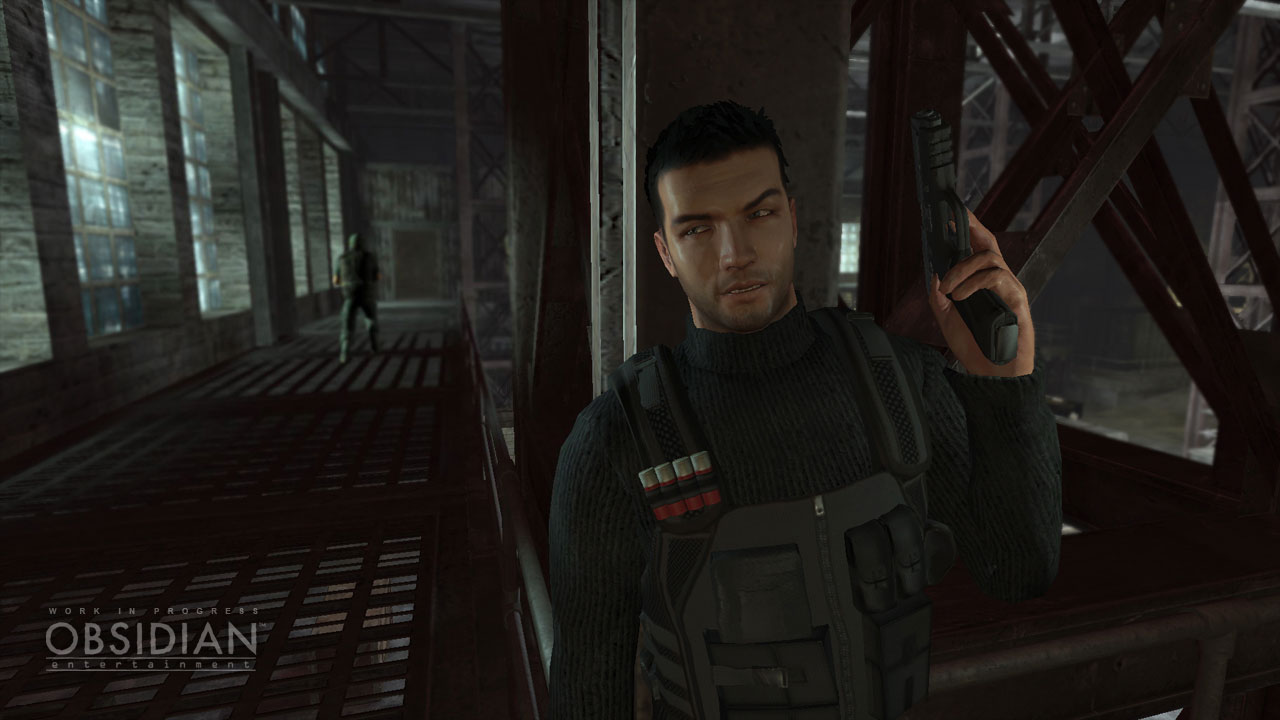 The interview present in this article has been edited for time and coherence concerns, with no intent to change information or details presented by those interviewed. Questions and concerns can be emailed to gavin@elder-geek.com

One thought on “Alpha Protocol Interview”