“Look what I found outside, Mom! Can I keep it?” The answer was always “No”…

It was a phase which most of us have probably experienced, and it often resulted in the realization that parents usually didn’t share the same passion as you, when it came to catching bugs and putting them in jars. “But why can’t I keep ‘em?”, was the only reply open to you, after being told that the small creatures would have to go. Most of us moved on, and those who didn’t, somehow always were the creepy kids in school that nobody really liked.

But when Japanese game developer Game Freak released Pokémon Red and Blue (known as Green in Japan)in 1996, it quickly became clear that our urges to go into the wild and catch animals in tall grass were far from gone. 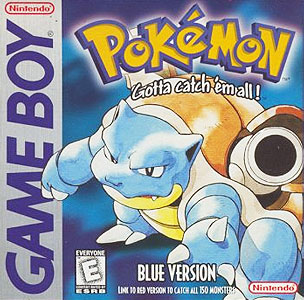 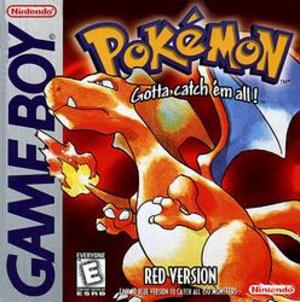 I don’t think many people expected at that time, that the two games that focussed on catching, training and fighting with a wide array of small creatures would eventually become Nintendo’s most successful franchise, second only to Mario himself. It was a concept dreamed up by Satoshi Tajiri, who in his youth spent his days in the forests surrounding his hometown, catching bugs. To say that that hobby would lead to more than 25 game adaptations, 12 seasons of an anime series based on the universe and an equal number of movies, would have been beyond ridiculous. But it happened. 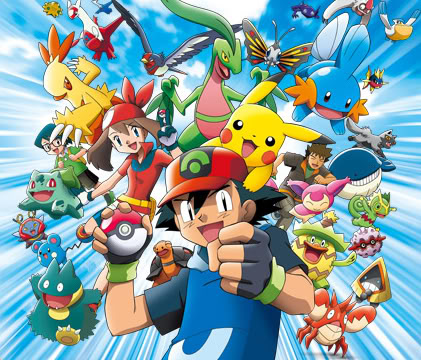 Yet in this review, we will leave all the sequels and spin offs for what they are, and merely go back to those first two games, that started it all.

The games were initially released in February of 1996 for the Gameboy and Gameboy Colour, in Japan. In that territory, they were known as Pocket Monsters Red & Green. The games were a massive success and received acclaim for the countless hours of fun that could be had as the player would try to catch ‘em all. In fact, when playing with a single cartridge (either Red or Blue / Green) it was technically impossible to ever acquire all 151 Pokémon that were available in the game. This ability was limited due to the fact that the player was forced to choose from 3 unique Pokémon at the offset, which could not be acquired later in the game. Also, there were 4 unique Pokémon, of which a player would only be able to catch a single one during the final stages of the game. Several Pokémon were also exclusive to either the Red or Blue / Green versions of the game. However, Pokémon captured by a player could be traded to another player, or players could have their creatures fight the team a friend in the arenas.

The game follows the story of a young protagonist, which can be named to your liking but never speaks. One day, he is given a choice between three Pokémon which will be the first companion on his journey. Whichever Pokémon you choose determines which Pokémon your bitter rival will start with, as he will always pick one of the elements that is most effective against your own. Your rivalry with this character is the basis for key plot-points in the story, and is by far the most interesting point about the story itself, as the remainder of the plot is rather basic: you must battle your way through the entire land, defeating the 8 Gym Leaders in order to qualify for the overall Championship. Along the way, there are some other quests that must be completed in order to be able to gain access to the respective Gym Leaders, but at no point does the overall story ever deviate far from the overall goal of becoming the greatest Pokémon trainer alive.

The main gameplay feature of the game, was the option to be able to capture and train creatures from a highly diverse list, and using them to defeat other Trainers by having your Pokémon fight one another. But as the game allowed players to create a team of 6 Pokémon of over a hundred unique creatures, the potential teams that were available were limitless, and no single player would ever have the same team as the next one. The ability to mix and match creatures of such diverse types, looks and powers is still unrivalled by any other game on the market today, save for perhaps Magic: The Gathering. But similarly to this classic card game, no single team (or deck) can ever be ‘the best’, and fights could always be won by adapting to whichever Pokémon the opponent would use. 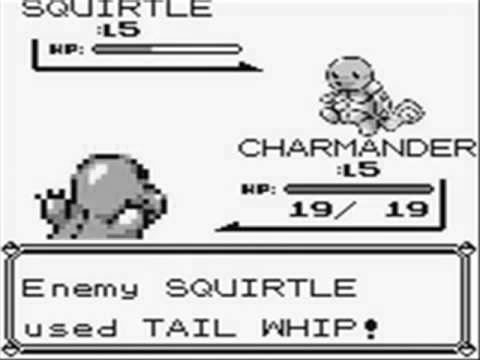 The Pokémon themselves could be trained by having them participate in combat, and would level up a certain number of battles. Every creature could have up to 4 moves available, and whenever an additional one was learned after gaining a level, the player was given a choice whether he or she would forfeit the new skill, or replace an existing skill with the new one. Some items found throughout the game also allowed the player to teach certain skills to Pokémon that they would never be able to acquire naturally. In time, some of your companions would evolve into a larger, more powerful version of themselves as soon as they reached certain levels. The ability to customize your Pokémon with the skills they would learn, combined with the nearly limitless combinations of teams you could form with any six Pokémon of your choice, ensured that fighting against a friend’s team of Pokémon was always fun, even more so when both players had multiple additional creatures at the maximum level that they could swap from the bank into their teams.

But what was it that made the game such a hit? While the solid gameplay, the design and multiplayer options made these classics a set of good games, those arguments alone can not explain why the series has managed to remain as successful as it did, especially seeing as most sequels that followed the first generation did little to innovate the idea behind the games itself. Even at the time of release, the turn-based combat felt rather outdated… and the random encounters with wild Pokémon and unavoidable battles with other trainers tended to become a nuisance when you had already trained your team to a higher level than the opposing force. Also, the lack of story arcs tended to make playing through the game a chore as you approached the final stages of the plot. And as battles remained the same and the Pokémon on your team stopped evolving or gaining skills as they reached high levels, it turned the final part of the game into a grind-fest. Nowadays, criticism as such would often prevent games from going from ‘good’ to ‘great’, yet this is not the case with Pokémon Red & Blue. 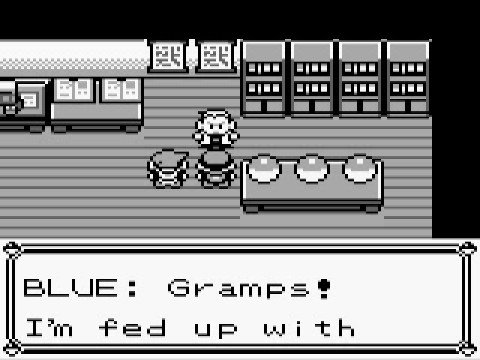 Somewhere, the very essence of Pokémon is still that we just want to go out and collect bugs… it doesn’t need a higher goal or deeper meaning to ever become fun, the thrill of hunting out new bugs, catching them, putting it in a jar and just seeing what it does was all that we ever needed. The Pokémon games allowed us to go back to those days, but finally, we were able to keep the bugs we caught. And though we couldn’t put them in jars, or actually see what they did, every player made a special connection to the Pokémon on his team. Also, the competitive elements of the game that allowed you to always battle NPC’s or real friends, resonated with pretty much every adolescent boy on the planet. These factors combined, allowed the Pokémon franchise to become one of the most successful game-based series of all time. And you know what? Even after 13 years, we still want to catch ‘em all!