Technical muscle and advertising budgets the size of a small country’s GDP aren’t worth much without the software to back it all up. A console is only as strong as its catalog, and 2009 came bloated with AAA titles to stockpile fan-boy’s ammunition shacks for the rest of the generation. Give us a minute while we strike the wick and set the flame-war ablaze. 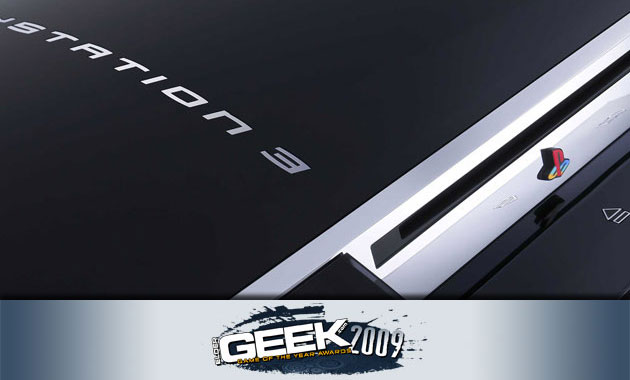 In the least confrontational vote of the year, Sony’s black beast takes home the medal for its unbeatable lineup. Buffing up its exclusive library to finally be competitive with the competition, the Playstation 3 had the best of both the disc and downloadable world throughout 2009. We’d recap the list of great games here, but you’ve already been talking about them for months. No one can blame you for waiting this long, but there is now no excuse to get yourself the year’s best console.