I’m going back again next year. There’s no doubt in my mind. Wild horses couldn’t keep me away from MAGFest 9 when it comes around.

For those who don’t know what MAGFest is, it’s a 4 day long Music And Games Festival here in the DC area. Nearly the entire show is open 24 hours a day, especially if you happen to be staying at the hotel. It took place this year at the Hilton Mark Center in Alexandria, Virginia. It was practically stones throwing distance from Elder-Geek. Despite the fact that a good portion of the Elder-Geek staff lives in this area and we’ve all been gamers for the greater part of our lives, we’ve never attended a MAGFest before. Apparently we’ve all been living under a giant collective rock. 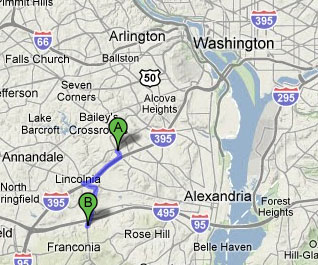 This is how ridiculously local we are.

Like arcades but miss ’em? MAGFest had one of the biggest working arcades I’ve been to in a long time. The sweetest part?? They were all free as you bellied up to their wooden cabinets. All you had to do was hit “player 1” and the sweet themes to Contra, Donkey Kong or even the annoying scream of  Colossus from X-Men the arcade game would sing to you. For the times when all you want to do is reach out and frag someone, the open console room was open to anyone. It had dozens of consoles of all generations playing an unspeakably large selection of games. If you didn’t like what was being played on any particular machine, all you had to do was ask for something different at what can only be referred to as the video game reference desk complete with video game librarians.

Personally, I loved seeing and playing the cocktail cabinet arcade machines like Donkey Kong. Semi-interesting side note: MAGFest 8 was the first time I ever beat the second level of Donkey Kong on an arcade machine. It was awesome.

Like music? MAGFest had tons of bands including The OneUps, Metroid Metal, Armcannon, A_Rival, The Smash Brothers, This Place is Haunted, and a lot more than I care to copy and paste into here. If weren’t into the huge concert scene, there’s always the open jam room where musicians just get together and play.

And honestly, the best part of the show was the people. It sounds weird, especially since it’s normally the crowds that ruin experiences like this. But MAGFest is different. It’s put together by people who love music and games. It’s attended only by people who love music and games. And it looks like it will always be that way. There was never any overly-competitive people dominating one game to ruin anyone’s day. I don’t think the word “noob” was ever uttered in vain. Everything about it just feels….. right. We got to meet some very talented people through the industry, like Phil, the creative push behind Shamoozal.com, and Z from Little Miss Gamer, and finally I got a chance to say hello to Craig from Screwattack after he appeared on our show in the summer.

Nate, Patrick, Eliot and I all had a fantastic time. We got to experience some arcade games like Taiko no Tsujin–a crazy drumming arcade game by Namco–and some sweet console titles like Steel Battalion. Without MAGFest, we’d have gone through life missing them. 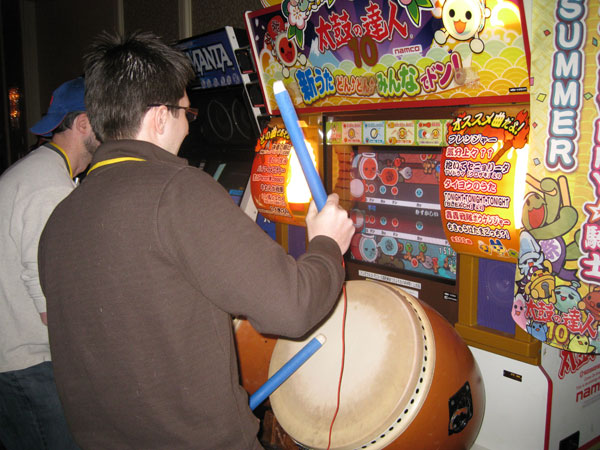 Everyone was polite. Everyone was helpful, even the non-staff. It was weird, but incredibly uplifting at the same time.

MAGFest is the con for people who hate cons. It’s the convention for the everyday gamer. You aren’t buried by corporate crap. There aren’t lines upon lines to wait for ANYthing. It’s the celebration of why we game. As it embraces both the old and the new, it embodies everything that we hold dear at Elder-Geek.com.

Without a doubt, MAGFest is one of the greatest times of the gamer year.

To everyone who helped put MAGFest together, THANK YOU. We’ll be back.