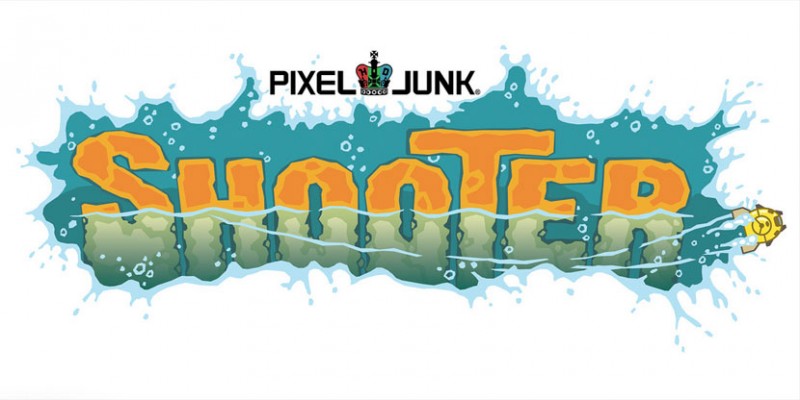 Well the latest installment in the PixelJunk franchise has been released on the Playstation Network. Unlike previous titles, this game actually has somewhat of a story that the player does not have to fill in with their own imaginations. You are a ship captain on a search and rescue mission throughout a mining cavern on a distant planet.  Your space station has lost contact with many of the researchers and workers within the depth of the mines and it is your job to go in and investigate. 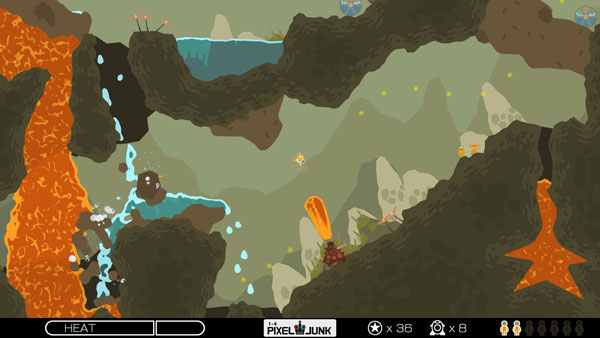 The liquid physics in PJS are mesmerizing.

In order to accomplish this feat, you are given a small spacecraft that has four primary weapons, all of which will all be used in a variety of fashions. Your weapons include bullets, missiles, and a grappling hook. The fourth “weapon” spins your ship.  There are also little substations in certain levels that you can park in and receive a special power for a limited amount of time. They’re like Mario suits, only applied to a space ship. Throughout the more advanced stages you will gain the ability to use power-ups to protect your ship, and pick up giant fluid sucking sponges which help you move liquids where you need them. Playing around with the sponges is one of the highlights of the game, but will also cause many of your deaths.

As you rescue more workers you begin to learn the story of some sort of earthquake that happened, and a variety of monsters that have began to appear throughout the caverns as a result. The story is a microscopic part of the game, and really is not necessary. It is fun and goofy to see these cute little cartoon characters spouting off Resident Evil-like dialogue in text form, but really it only provides the slightest continuity throughout the experience. In no way does it shape or change the way in which I played the game and it was odd to see such a half-hearted effort from Q Games. 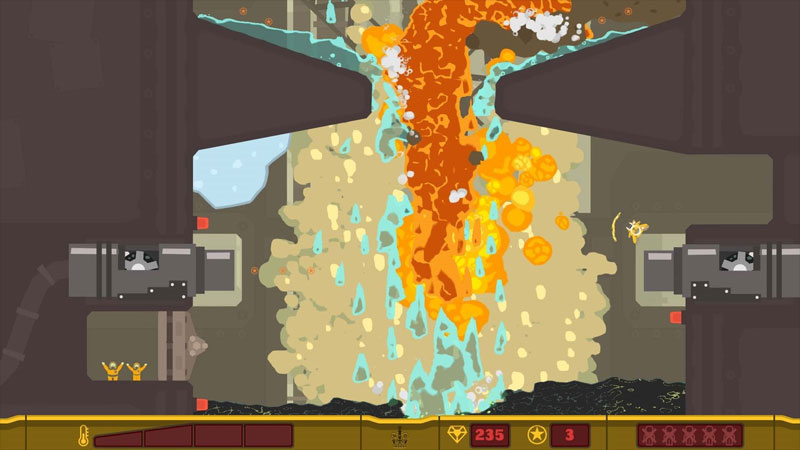 Your curiocity will be your own worst enemy.

Traditionally Q Games has focused on one very particular dynamic of gaming and made an entire 50 + hour experience out of it for even the most hardcore gamers. PJS: The Depth of Disaster does this as well, by focusing on never before seen realistic fluid dynamics. There are six different substances, which all interact and these are oil, water, lava, gas, rock, and ice. For example when water touches lava it turns to rock, lava melts ice, and water on oil forms gas. In addition each of these substances have different temperatures, which affect your ship. Although there are a huge variety of projectile shooting enemies throughout the game, your real enemy is the temperature of your ship. The game employs an Excitebike style heat meter that will make your ship explode or stall if it gets too hot or cold.  Your job is to collect diamonds and researchers in each level, but honestly it really isn’t necessary to save the researchers. The diamonds are the gateway to the later stages, so they are the most significant pick-ups. There are three boss battles in the game,….and  yes the first one is a GIANT ENEMY CRAB which you hit its weak spot for massive damage….AWESOME.  These boss battles are by far the best part of the game, particularly the second one. The fact that there are only three really left me asking for more and overall, I was disaapointed.

The game looks great, but I would really suggest playing it on an HD TV. The small subtleties of the projectiles, fluids, and researchers will make you die and repeat levels without the crispness of HD graphics. I played the game on both a HD and Standard TV and the difference was astounding. This is one of the first times I can say that playing a game without HD will actually hurt the gameplay, and increase difficulty substantially. The game has a nice cartoon look that works really well, and the animations of the fluids and the boss battles look stunning. This is a great example of using old fashion gameplay and simple graphics that are jacked up with the processing power of the Cell Broadband Engine, and it just works perfectly.

One of the most perplexing issues in this game is the difficulty. The levels are extremely easy at times, and even some of the later levels feel like tutorials. The interesting paradigm about this is you will die hundreds of times, which left me kind of spellbound. I knew the levels were easy, and I usually could figure it out the puzzles pretty quickly, but there is something about the game that made me die over and over again. Curiosity kills the cat over and over again. Which leads directly into the biggest positive in this game; it’s simply fun to play and experiment around with PJS. Playing and interacting with all the fluids throughout the game will keep you entertained for hours. You will become your own worst enemy as you tempt fate, and explore every nook and cranny throughout each level.

The ship is a lot of fun to fly, and controls work really well. It is a little “floaty” at first, but by the end of the third or fourth stage you will have complete mastered their nuances.  This is a game for completists only! If you want to speed run this game it will be done within two hours, and you will be left disappointed. 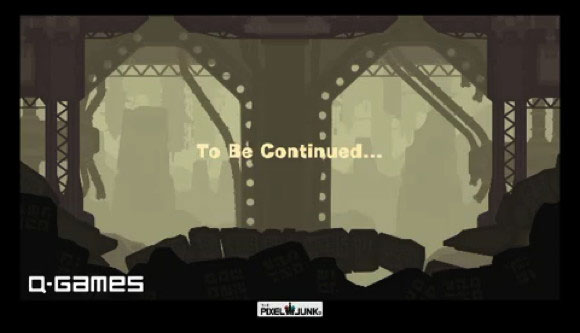 I have been debating throughout this entire review whether this game is a worth buying title or not. It seems this may be the first of many episodes, judging by the subtitle, the shortness in length, and the cliffhanger ending. With this in mind it further complicates the “must buy” question. Pricing and quality of future episodes could be a major deterrent for this game. Since I cannot know this, I have to make my decision with speculation only. Right now I would say this is worth purchasing only because it is a mere $10.00. This decision was so tight that if it were $11.00 I would probably say you could pass on this one until a price drop or future episodes are released.  If you speed run through games, and only care about beating them, this game is not for you. This is made for people who can play it passively over a few days or weeks on and off, depending on your level of nerdiness. If you’re a fan of the series this is a nice edition, but you will find yourself asking for more, and being slightly disappointed.