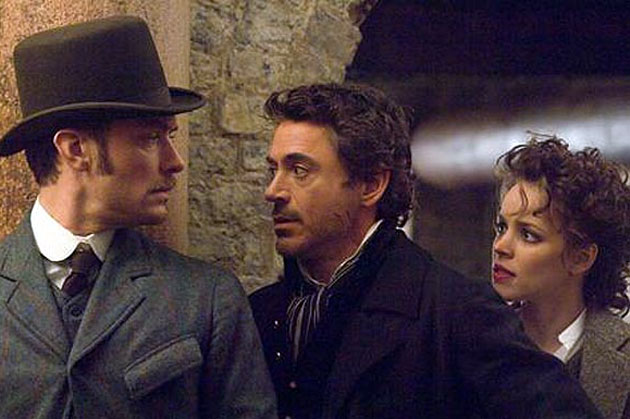 When I first heard about a Guy Ritchie film of Sherlock Holmes with Robert Downey Jr. as the incomparable sleuth, I was ecstatic.  I remained poised in anticipation right up to the day when I finally saw it.  The film was everything I hoped it would be and fans of Doyle’s characters, Downey’s abilities, or Ritchie’s unique style should not hesitate to see it.

The film is set in 19th century London.  While the storyline is original, it’s best likened to ‘The Adventure of the Devil’s Foot’ due to its strong supernatural and magical themes.  In the film, Lord Blackwood has been sentenced to death for practicing dark magic.  But a series of strange and seemingly unexplainable events lead the Blackwood case to be reopened.  I don’t want to spoil anything, but rest assured that the plot is more than adequate. 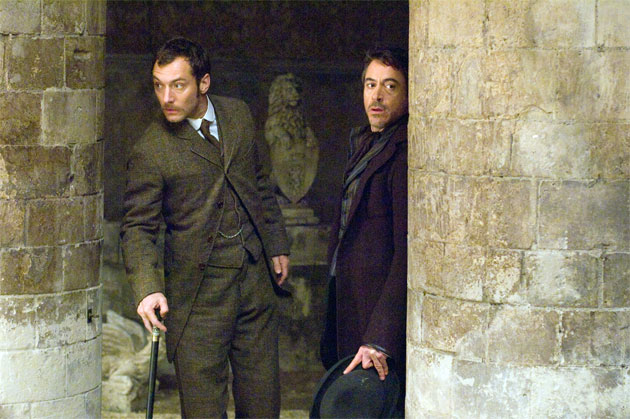 Guy Ritchie’s films have always been characterized by their characters.  Bullet Tooth Tony and Boris The Blade are two in particular that leap to mind.  So naturally the man is going to do wonders when given a character like Holmes.  And while there isn’t as much wiggle room for the madcap insanity of Lock Stock and Snatch, Ritchie succeeds in putting his comedic thumbprint on the film without compromising the atmosphere of the original Doyle creations.

Perfectly complementing Ritchie’s directorial skills is the incomparable talent of Robert Downey Jr., who portrays Holmes with refreshing vigor and eccentricity.  While not as good as Jeremy Brett’s portrayal, Downey succeeds in creating a more raucous and blunt Holmes whose antics are a joy to watch.  It’s also worth mentioning that there is no mention of Holmes’ opiate addiction in the film, though considering the fact that it sets up a sequel, we might be seeing the detective in a darker place when Part II comes around.

Alongside Holmes there is, of course, Watson.  Unlike in classic screen interpretations of the duo where Watson follows Holmes with canine-like obedience and loyalty, Jude Law’s Watson has a mind of his own, which increases the depth of the character and the relationship. 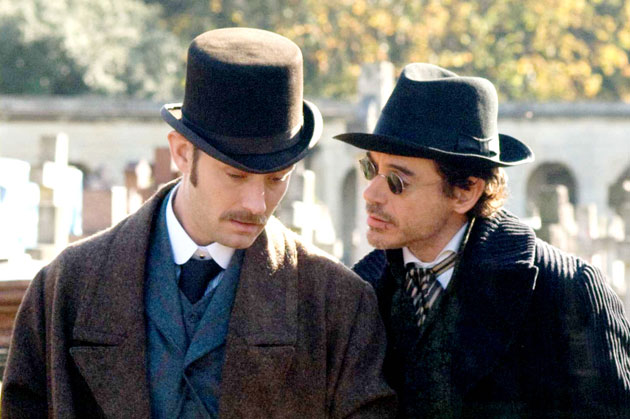 There are also two love interests that might seem shoe-horned in to devotees of the Holmes series.  One is Watson’s betrothed, whose presence threatens the relationship of the good doctor and Holmes, and the other is Irene Adler, a criminal and de facto femme fatale who predictably manipulates Holmes & his affections.  While both characters add to their respective male counterparts, some might find it unsettling in the same way that it would be unsettling for James Bond to be married.

The long and short of it is that Robert Downey Jr. is not to be missed.  He’s one of the finest actors in film today and his portrayal of Holmes is no less enjoyable to watch than any of his other roles.  The writing is sharp and witty, the action sequences are high-octane but not outlandish, and the mystery is intriguing.  It’s everything you want from a modern Sherlock Holmes movie.