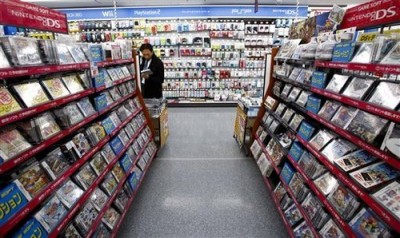 The unstoppable fiscal force of Nintendo’s Wii has pushed the little white machine past the 67 million mark for overall unit sales, the DS (125 million) now only a breath away from taking the top sales spot from the Playstation 2. The new record was only the silver lining in Nintendo’s financial cloud, as the company revealed its year-end fiscal charts coming in 9% in net income from last year, and 23% less in sales. Despite the company’s stellar holiday season, the drop is most likely attributed to the comparative dry spell the Wii had in the year’s first six months. Nintendo claims the loss as part of “year-on-year decreases in Wii hardware and Nintendo DS software sales, a price cut for Wii hardware, and the significant impact of a stronger yen.” 2010 looks to continue the annual decline, with Nintendo putting their estimates at a conservative 230 billion yen ($2.6 billion.)