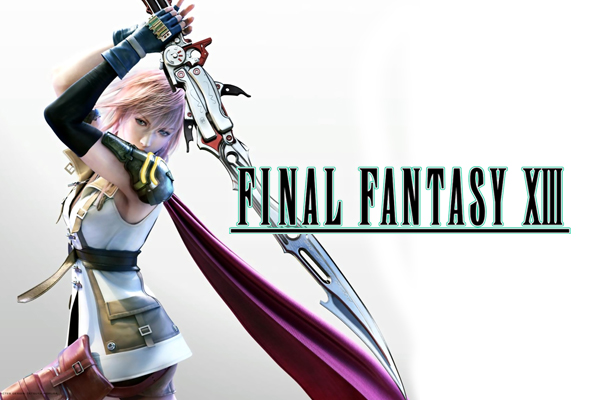 It’s been almost four years since the last Final Fantasy.  A new generation of gaming, a long development cycle, and a controversial multi-platform announcement have all led us to the release of Final Fantasy XIII.

The first in a trilogy of XIII related games entitled Fabula Nova Crystallis (with the other two parts being Versus for the PlayStation 3 and Agito for the PSP), Final Fantasy XIII is a new breed of Final Fantasy.  Story-wise, all the staples are there.  Each of the six protagonists was built on previous characters in the series, and while there’s a noticeable amount of corny melodrama in the script, that’s come to be expected from the franchise and many will find it endearing.

Set in the floating civilization of Cocoon and the looming world below known as Pulse, the game follows the exploits of six characters from different walks of life and their struggle against the corrupt government, powerful super-beings, and fate.  Most will recognize Lightning, the strawberry-haired heroine who adorns the box art, and she is accompanied by a motley crew of five others, all of whom receive a relatively equal amount of attention where character development and backstories are concerned. 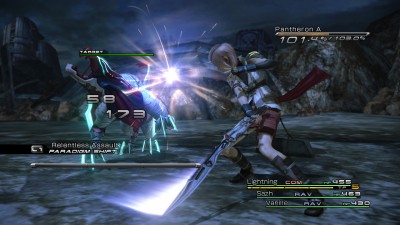 There are no random encounters, and battles are fought in arenas separate from the overworld

As previously stated, the writing is hit-or-miss on occasion, but it’s rarely preachy or awkward enough to warrant a cringe.  Earlier parts of the plot are told in a non-linear fashion as you follow each character separately with flashbacks filling in the gaps.  Unfortunately, further elaboration even into the game’s first half hour would constitute spoilers, but rest assured that the plot will certainly hold your attention over the 50+ hours it’ll take for you to beat the game.

The path that takes you through the game is remarkably linear, offering scant few opportunities for exploration.  There are no towns in the traditional sense seeing as save points function as shopping terminals.  Later on in the game, players will find a Calm Lands-like expanse full of enemies ripe for farming, but beyond that, it’s a straight line to the next story cutscene with a few detours for hidden treasure chests.

However, the primary gameplay mechanic occupying those 50+ hours is, of course, the battle system.  Built off a modified version of the long standing Active Time Battle (ATB) system, combat in FFXIII is streamlined for speed, efficiency, and fun.  Veterans of the series will notice when control has been wrestled from their hands, but the game does a remarkable job of being your co-pilot when it comes to encounters.

The most immediate difference between this battle system and the 12 that preceded it is the fact that you only control one character in your party; the leader.  With only three to a party, the computer takes charge of your companions and, for the most part, does exactly what the player would do if given the opportunity.  It’s also worth mentioning that unlike in Final Fantasy XII, which had the Gambit system that allowed players to indirectly dictate AI behavior, FFXIII assumes full control over your allies when in battle.  The new ‘Auto-Battle’ option is also a Godsend that lets the game choose the best course of action, allowing players to breeze through smaller and incidental encounters.

Accompanying the ATB system, which has been changed to allow chain attacks and action queues, is the Role System.  Reminiscent of the Jobs Systems of the older titles, there are 6 Roles tailored for different play-styles, each with different abilities, perks, and disadvantages.  Commandos are brute-force attackers whereas Medics do nothing but heal the party.  When these Roles are combined, ‘Paradigms’ are formed, with some suited for offense and others suited for defense.   Knowing how to build Paradigms and play each character to his strengths is required to succeed in the battle, and battles that require on-the-fly Paradigm Shifts will definitely keep players on their toes. 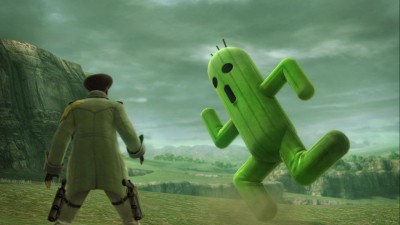 Despite all the new features, it's good to see some familiar faces.

Another vital part of combat is the new ‘Stagger’ mechanic.  Enemies have damage thresholds which, when reached, severely weaken their defenses.  Certain Roles and attack types give big boosts to the ‘Stagger Gauge’ whereas others keep it from dropping.  This requires players to employ more than the “do the most damage at all times” tactic and it’s the only way you’ll ever defeat some of the stronger enemies.

The final facet of battle is the Summon system.  Each character has a connection with an ‘Eidolon;’ an incredibly powerful otherworldly creature who can be called upon in certain circumstances to provide a large offensive strike against a formidable foe.  Players will also grow to love the fact that your party’s health is replenished after each battle.  It might seem like the game is making it too easy for you, but developers giveth and taketh away.  Even though Potions affect the entire party as opposed to one character and a ‘Retry’ option lets you restart moments before you enter the battle that resulted in your death, Gil is frustratingly scarce and opportunities for grinding are few and far between until later in the game.

While the early battles in the game might seem almost neutered, as new elements are introduced, the complexity of the battle system increases exponentially.  By about 10 hours in, the fact that the computer is controlling two thirds of your party will hardly be noticeable as you’ll be far too busy timing your attacks and managing other elements.  It’s a deceptively simple looking system that makes combat fast and frenetic and proves to be one of the best in the series.

Character development is based on two things: Roles and Equipment.  Each character has a set roster of abilities for each Role and it’s all handled with the ‘Crystarium;’ a tiered network of nodes similar to the Sphere Grid from Final Fantasy X.  Certain characters are suited for certain roles and while there is a bit of wiggle-room in that area, it becomes clear that the developers intended there to be an ideal party. 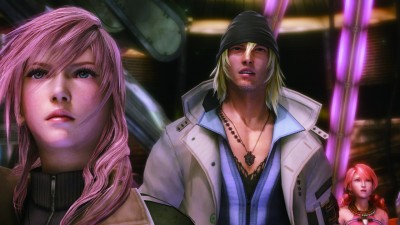 The level of your character is dictated by his three stats; HP, Strength, and Magic.  In addition to nodes on the Crystarium, what you have equipped will have a resounding effect on your proficiency in battle.  Only weapons and accessories are made available, but a somewhat shallow and sometimes complicated item modification and leveling system lets you improve your items with certain biological and mechanical components.  Serious thought is required when upgrading items, seeing as you’ll never have the necessary components to max out all of your equipment, and an investment in the Official Game Guide is recommended to prevent needless trial & error.

The graphics, music, and voice acting are all excellent (the latter to a lesser degree).  Load times are essentially non-existent on the PlayStation 3 version and the game runs beautifully, considering that no install is required.  The character models and environments are gorgeous and almost indistinguishable from the pre-rendered cutscenes and Masashi Hamauzu’s score is a fantastic blend of orchestral and electronic tracks.  The battle theme is particularly noteworthy as it will stick in your head like barnacles to the hull of a ship.

Final Fantasy XIII does for this generation of gaming what Final Fantasy X did to the last.  While it might seem streamlined to a fault at first, players who take the time to settle in to the game’s mechanics will be rewarded.  It sets a new standard for JRPG’s and fans of the series owe it to themselves to play it.